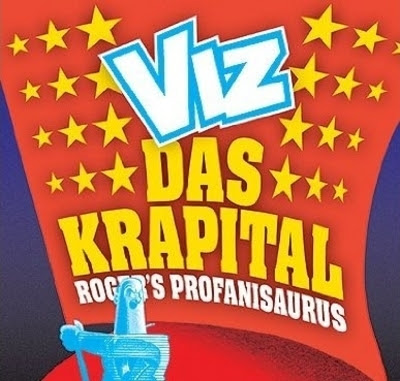 Adult comic Viz originally issued Profanisaurus in 1997 as a cover-mounted booklet, credited to the pseudonym William H Bollocks. It was later retitled Roger's Profanisaurus, in reference to Viz's profane character Roger Mellie (and punning on Roget's Thesaurus). The Profanisaurus entries, collated in Das Krapital, are all slang terms for bodily functions, and are submitted by Viz readers. As such, the terms defined within are comical nonce words rather than genuine neologisms.

Das Krapital (with an anti-intellectual title punning on Das Kapital) is an expanded version of previous editions, Profanisaurus Rex and The Magna Farta. It's unashamedly (and post-ironically?) sexist, and full of inventive invective.
Tags: books, media
continued...