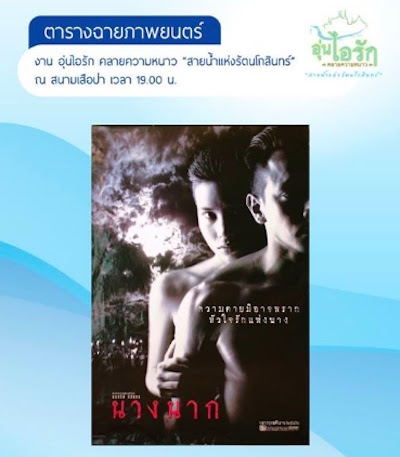 There will be a free outdoor screening of Nonzee Nimibutr's classic Nang Nak (นางนาก) this evening at Sanam Suea Pa in Bangkok. Both a critical and commercial success, the film is one of the most famous adaptations of the legend of Mae Nak, and one of the milestones of the Thai New Wave.

The screening has been organised as a public relations exercise by the Crown Property Bureau, which owns the land around Sanam Suea Pa. The adjacent Dusit Zoo was closed earlier this year, after the Bureau reclaimed the land it occupied. Also, a plaque commemorating Thailand's democratic revolution was removed from the nearby Royal Plaza last year.