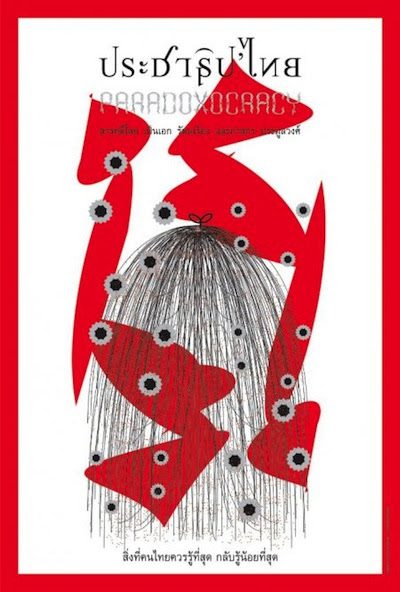 Pen-ek Ratanaruang's documentary Paradoxocracy (ประชาธิป'ไทย) will be screened by Doc Club Theater at Warehouse 30 in Bangkok on 15th and 23rd February. It was last shown there a month ago, in the Cinema Journey 20 ปี ภาพยนตร์เป็นเอก season. It was also screened at Alliance Française last month as part of their Pen-Ek Retrospective.

When I interviewed Pen-ek in 2014, he emphasised how politically sensitive Paradoxocracy was: "half of the footage that we have, you can't show to people. You'll just have to bury it in the ground somewhere." His new film, Samui Song (ไม่มีสมุยสำหรับเธอ), is still on general release.
Categories: censorship, films, politics
continued...