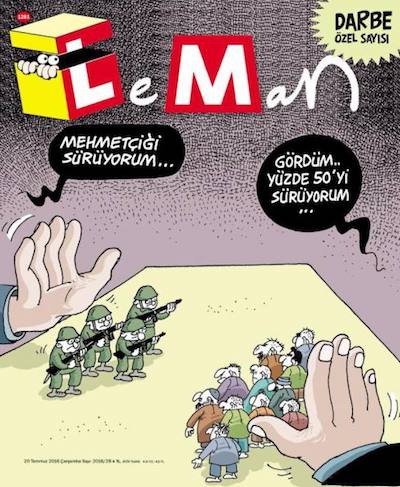 The Turkish government has prevented the satirical magazine LeMan from printing and distributing its latest issue. After the publishers posted the cover for the new issue (no. 1281) online yesterday, the magazine was banned and police raided the printers.

The cover suggests that both the military and Turkish citizens were pawns manipulated by politicians during last week’s attempted coup. One unseen figure pushes timid-looking soldiers into action, while another (representing President Erdoğan) boasts that he wields the support of 50% of the population.