Through The Lens Of Prime Minister 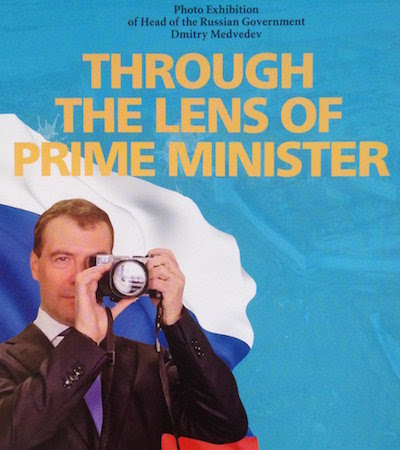 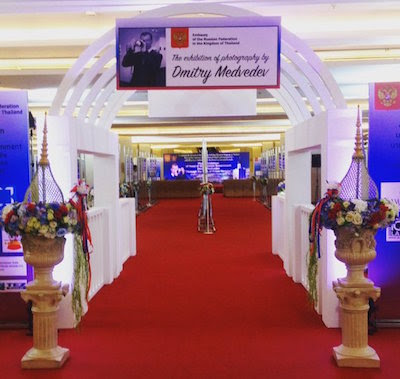 An exhibition of photographs by Dmitry Medvedev, Russian Prime Minister (and former president, when Medvedev and Vladimir Putin switched roles to avoid presidential term limits) opened on 23rd March. The exhibition, Through The Lens Of Prime Minister [sic] at Siam Paragon in Bangkok, will close on 3rd April. Around 100 photographs are included, mostly aerial shots of landscapes in Russia and elsewhere.

Medvedev visited Thailand last April, and in the exhibition booklet he writes: "I saw Thailand not only through the eyes of a Head of Government of a friendly country, but also through the eyes of a traveler." Despite the coup, Thailand and Russia have indeed remained "friendly" allies, and Medvedev's comment is presumably a reference to America distancing itself from the Thai military junta.
Categories: art, politics
continued...