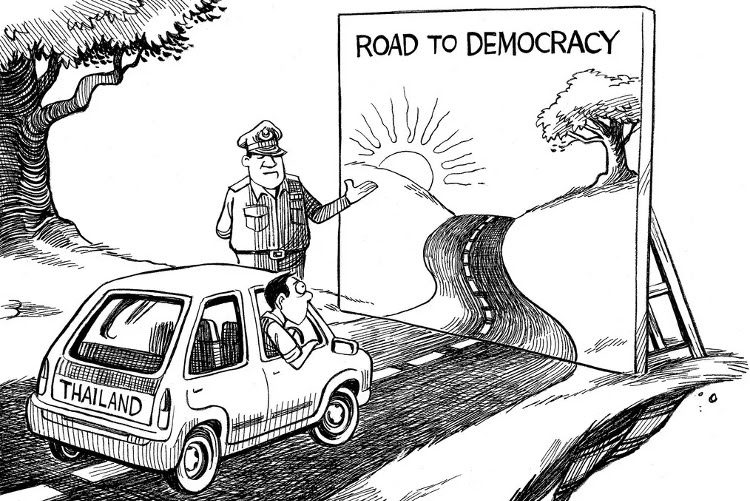 Prime Minister Prayut has asked the King to authorise the cessation of martial law. The law has been in place since 20th May last year, when Prayut imposed it unilaterally. At the time, Prayut reassured the public that "The invocation of martial law is not a coup d'etat", though two days later he launched a full-scale coup. Prayut's declaration of nationwide martial law was unconstitutional, as a royal decree was not issued and the charter authorised the military to declare martial law only "in a certain locality as a matter of urgency" (article 188).

Former politicians are becoming increasingly vocal in challenging some of the NCPO's actions. The two main political parties, Pheu Thai and Democrat, have both called for a referendum on the next constitution. (A referendum was held in 2007, though this time the NCPO has made no such commitment.) Former Prime Minister Abhisit Vejjajiva gave an interview to the Bangkok Post on 9th March, in which he directly criticised a proposal to enable the PM to dissolve parliament if it rejected a government bill: "This is a step backward for democracy. It will snatch democracy away from the people".

The Thai political situation was effectively summarised in a cartoon by Heng Kim Song published in the International New York Times on 2nd March. Thailand is depicted as a car on the road to democracy, heading for a metaphorical cliff, and the military's promise of democracy is presented as a deceptive illusion.
Categories: politics, Prayut Chan-o-cha, Thailand