The Routledge Encyclopedia Of Films 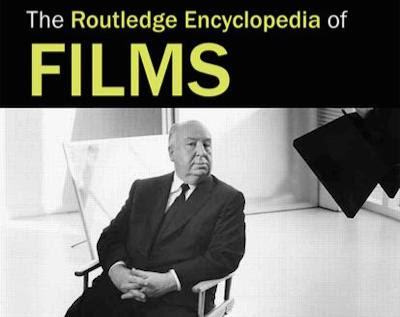 The Routledge Encyclopedia Of Films, edited by Sabine Haenni, Sarah Barrow, and John White, is a survey of "world, classical ('classic') and independent cinema over the past 100 years". From the same publisher as the excellent Encyclopedia Of Early Cinema, the Encyclopedia Of Films contains 195 entries, covering 197 films (with the Three Colours trilogy treated as a single entry). The selected films each receive a fairly substantial analysis, in essays of around 2,000 words.

The editors begin their introduction by emphasising that they have selected a representative sample of films rather than a list of masterpieces: "This book is not an attempt to assert that the films discussed here are the 'greatest' or 'best' films ever made by film-makers from around the world." In fact, they reject the notion of a hierarchy of classic films: "There is neither effort, nor wish, to promote a particular canon of world cinema." Nevertheless, their selection does appear canonical, which I would argue is a strength rather than a weakness.