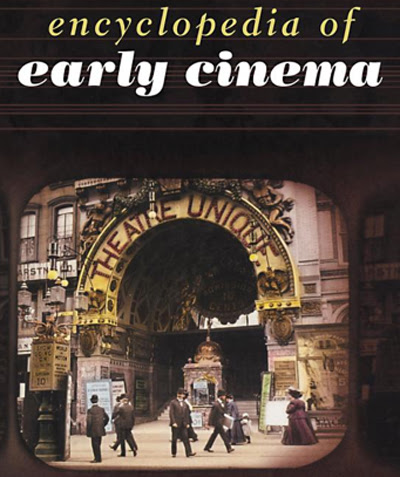 Encyclopedia Of Early Cinema contains valuable information on the studios, directors, actors, and producers of the silent era circa 1890-1910. Its coverage of the period, from the familiar (Louis and Auguste Lumiere, Georges Melies, Thomas Edison) to the obscure (Emile Reynaud, Louis Le Prince, Thomas Armat, Max and Emil Skladanowsky), is more comprehensive than that of any other film encyclopedia. The book's editor, Richard Abel, is an authority on French silent cinema, and there are over 100 additional contributors (unfortunately not including William K Everson or Kevin Brownlow, arguably the greatest historians of silent film).

The paperback edition has been very slightly expanded, with one new entry and minor revisions. More importantly, the paperback version makes the book accessible to a general audience, being significantly cheaper than the hardback edition (which was sold primarily to academic libraries).
Tags: books
continued...