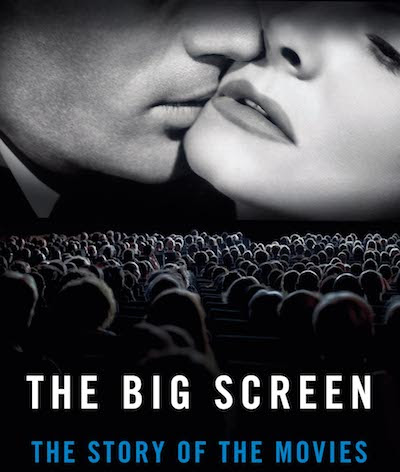 There are many histories of the cinema (and I've read plenty of them), though few are as passionate or as thoughtful as The Big Screen: The Story Of The Movies. David Thomson calls it "a love letter to a lost love, I suppose. It has the semblance of being a history, but it might be some kind of novel". Thomson's elegant prose style, and the presence of his narrative voice, certainly feel novelistic, in contrast to conventional, dry reference books on the same subject.

I'm quite a late convert to the works of David Thomson. I've honestly never understood the acclaim for his Biographical Dictionary Of Film, though I really admire The Moment Of Psycho, Have You Seen...?, Moments That Made The Movies, and The Big Screen. (In the UK, the book's subtitle has been extended to The Story Of The Movies & What They Did To Us.)

The Big Screen is a history of film as art and entertainment, though it's also a history of 'the movies' as an experience, as images viewed on a screen. This extends to the small screen, and the portable screens that we now use to consume digital media: from "Muybridge to Facebook". It's selective rather than all-encompassing, though its celebration of classical Hollywood filmmaking is as escapist as cinema itself.
Tags: books
continued...