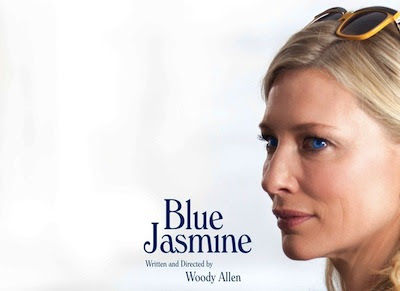 Discussion of Woody Allen's films generally boils down to two questions. Why won't he make more of his "early, funny" comedies? (An issue he dealt with in Stardust Memories.) And, after plenty of near-misses, when will he make a true return to form? His latest film, Blue Jasmine, isn't a comedy (despite co-starring comedian Louis CK), though it's the closest he's come to a return to form in almost two decades.

In the 1970s, Allen's "early, funny" films (Sleeper, Love & Death), full of one-liners and slapstick, were followed by romantic comedies with fully-developed characters (the masterpieces Annie Hall and Manhattan). In the 1980s and 1990s, he balanced comedy with observations about life and relationships (Zelig, The Purple Rose Of Cairo, Hannah & Her Sisters, Crimes & Misdemeanors, Husbands & Wives, Mighty Aphrodite), with occasional returns to broad farce (Broadway Danny Rose, Manhattan Murder Mystery).

Then, after Deconstructing Harry in 1997 (his last great work), Allen's films began a sharp decline in quality (The Curse Of The Jade Scorpion, and other flops). Unable to secure funding in America, he made a series of touristy films in Europe (Match Point, Scoop, You Will Meet A Tall Dark Stranger, Vicky Cristina Barcelona, Midnight In Paris, To Rome With Love), though he returned to New York for Whatever Works.

Allen had an unexpected commercial hit with Midnight In Paris, and Match Point was a critical success in America, though he hasn't made anything approaching a classic for almost twenty years. That is, until now, because Blue Jasmine is arguably his best film since Deconstructing Harry. The ensemble cast is consistently excellent (as in many of Allen's films), though Cate Blanchette gives an extraordinary, unselfconscious central performance as Jasmine, an unstable New York socialite whose rich husband was convicted of fraud. Alec Baldwin (the highlight of To Rome With Love) is perfectly cast as the charming fraudster, whose downfall is modelled on that of Bernie Madoff.

With Blue Jasmine, Allen is clearly paying homage to A Streetcar Named Desire. Like Streetcar's Blanche DuBois, Jasmine is a delusional, tragic figure forced to move in with her working-class sister. (Jasmine's sister, Ginger, lives in a supposedly run-down - though actually spacious and rather nice - apartment in San Francisco. Jasmine's fish-out-of-water experience is juxtaposed with flashbacks to her previous New York life.) She forms a new relationship, though her boyfriend eventually discovers her past, as Blanche's boyfriend Mitch does in Streetcar. Ginger's fiance and ex-husband are both echoes of Streetcar's brutish Stanley Kowalski, though they're more sympathetic characters than Stanley. (Ginger mocks her ex's "Polish jokes", just as Blanche dismissed Stanley as a "Polack".) There's no sexual tension between them and Jasmine, though the antagonism, claustrophobia, and class conflict are familiar from Streetcar.
Categories: film reviews
continued...