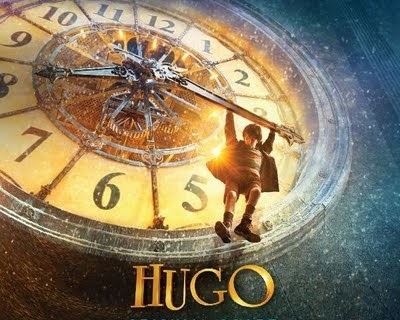 Hugo is Martin Scorsese's first film in 3D, and also his first film aimed specifically at a family audience. Like Hitchcock's Dial M For Murder, Scorsese's film adds prestige to the 3D fad, and demonstrates that stereoscopic cinema can be used creatively as more than merely a gimmick. It's the greatest (and arguably the only great) 3D film since Avatar.

Chloe Moretz gives another impressive performance, after her equally self-assured appearances in Kick-Ass, 500 Days Of Summer, and Let Me In. Ben Kingsley is, of course, excellent, in his second Martin Scorsese film (following Shutter Island). Ray Winstone (also in his second Scorsese film, after The Departed) has merely a cameo role, as does Jude Law. It's ironic that Law repairs an automaton in Hugo, as he previously played a robot in AI.
Categories: films
continued...