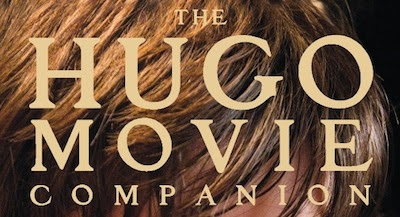 The Hugo Movie Companion is a guide to the making of Martin Scorsese's latest film, Hugo. The book's author, Brian Selznick, also wrote The Invention Of Hugo Cabret, the graphic novel on which the film is based. Like the novel, the Movie Companion is extensively illustrated, with images from Scorsese's influences including A Trip To The Moon, The 400 Blows, and even the Mona Lisa.

Selznick covers every aspect of the film's production, and has seemingly interviewed all of the key cast and crew, including Scorsese. Numerous on-set photos are included, along with script extracts, storyboards, and pre-production sketches. Scorsese has contributed a short essay on the influences of the Lumiere brothers and Georges Melies.

Given Selznick's proximity to the film's source novel, he's not really objective enough to write a making-of book. Fortunately, though, self-references are kept to a minimum - except in the final chapter, when he describes his own cameo role with false modesty and excessive detail.
Tags: books
continued...