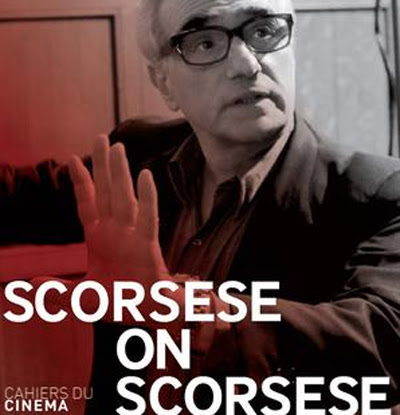 Scorsese On Scorsese, by Michael Henry Wilson, is a book of interviews conducted with Martin Scorsese over the past thirty years. It was originally published in French, as Entretiens Avec Martin Scorsese. The English-language version has been updated to include Scorsese's most recent films (The Departed, Shutter Island) and his music documentaries (No Direction Home, Shine A Light).

The in-depth interviews are supplemented by on-set stills, correspondence, and annotated script pages supplied by Scorsese. As a result, this is probably the ultimate Scorsese book. Its title, Scorsese On Scorsese, was previously used by Ian Christie for his own Scorsese interview book, and by Richard Schickel for his Scorsese interview documentary.

Wilson and Scorsese co-directed the excellent documentary A Personal Journey Through American Movies. Wilson's book is a collaboration between Cahiers Du Cinema and Phaidon, as are the Masters Of Cinema (Hitchcock, Kubrick, etc.) and ...At Work (Welles, Hitchcock, etc.) series.

François Truffaut's study of Alfred Hitchcock was the first book-length interview with a major film director. Peter Bogdanovich's Welles interview, This Is Orson Welles, was as impressive as Truffaut's. Richard Schickel has recently released several such books, including Conversations With Scorsese and Woody Allen: A Life In Film. Conversations With Woody Allen, by Eric Lax, is another recent example. Faber & Faber issued an entire series of Directors On Directors interviews, including Woody Allen On Woody Allen.
Tags: books
continued...