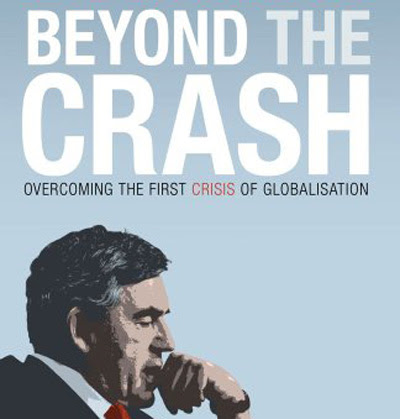 After A Journey and The Third Man, the final memoir of the New Labour triumvirate has been published. Gordon Brown's Beyond The Crash: Overcoming The First Crisis Of Globalisation analyses the causes and effects of the recent global economic crisis, and proposes strategies to prevent another boom-and-bust cycle. Brown has often been attacked for his dry and unemotional presentational style, and this book will do little to counter such criticisms. The text reads as if it were a fiscal-policy speech, and is about as engaging as that sounds (i.e. not very).

The book begins with Brown's personal, chronological account of the crisis: a month-by-month summary of his dealings with the UK banks, the G20, and other world leaders. However, his prose is completely dispassionate: he refers matter-of-factly to "whispers of a 'coup' to remove me", though he offers no elaboration. Tellingly, though, his predecessor merits only a single mention in the entire text: "Tony Blair and I had spent twenty years building New Labour".
Categories: book reviews, Gordon Brown, politics
continued...