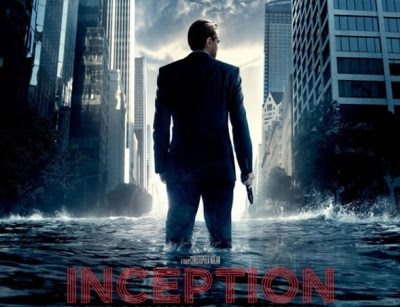 Inception, directed by Christopher Nolan, stars Leonardo DiCaprio as a character who is haunted by his own dreams while extracting and implanting information within the dreams of others. Coincidentally, as in Shutter Island, DiCaprio's character is tormented by visions of his dead wife. The film is, like eXistenZ, a 'Chinese box' with multiple layers of reality, as the dreamscape becomes deeper.

The narrative is even more sophisticated than Nolan's Memento and The Prestige, and more cerebral than his blockbuster The Dark Knight. The special effects, including zero-gravity fight sequences, were largely performed in-camera, and the film combines complex exposition with intense action scenes. The ambiguous ending is perfect. (An IMAX DMR version has also been released.)
Categories: film reviews
continued...