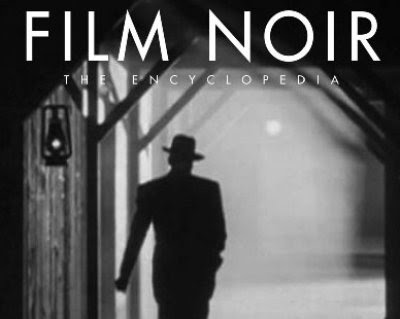 Film Noir: The Encyclopedia is the fourth edition of Film Noir: An Encyclopedic Reference To The American Style, and is edited by Alain Silver, Elizabeth Ward, James Ursini, and Robert Porfirio. Silver and Ursini also wrote Film Noir (edited by Paul Duncan) and The Noir Style, and recorded DVD commentaries for Call Northside 777, Boomerang!, and Panic In The Streets.

Panorama Du Film Noir Americain (by Raymond Borde and Etienne Chaumeton) is historically significant as the first book on film noir, and there are some significant analytical essays in the first volume of the Film Noir Reader anthology (edited by Silver and Ursini). Film Noir: The Encyclopedia, however, is still the most valuable reference to noir films.

The introduction from the previous edition has been retained, though the extensive essay on neo-noir has been considerably shortened for the new edition, and a useful literature survey has been removed. The numerous lists from the 3rd edition are a more understandable omission: they took up too much space, and were mostly superfluous. The book's design has been dramatically improved, and it's now much more compact and elegant.

Aside from some largely superficial new side-bar articles, Film Noir is now essentially a book of in-depth film reviews. Many entries from the previous editions have been revised or completely rewritten, and around 100 new entries have been included (reviewed by Richard Schickel, amongst others). The films are divided into two sections: classic noir (traditionally defined as the period from The Maltese Falcon to Touch Of Evil) and neo-noir (revisionist Noir from post-classical Hollywood, such as Chinatown and Blade Runner).
Categories: books
continued...