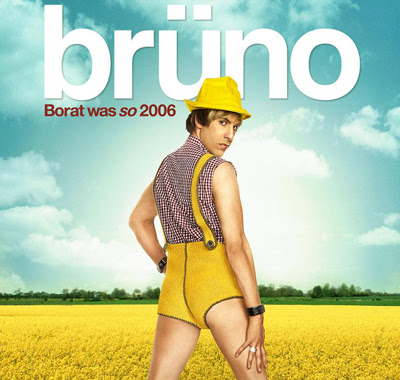 Bruno is a spoof documentary starring Sasha Baron Cohen as the eponymous central character. It was directed by Larry Charles, who also made several episodes of the excellent Curb Your Enthusiasm.

An early scene featuring a pilot for the fake TV show A-List Celebrity Max Out is hilariously obscene and tasteless ("Keep it or abort it?"; "Bruno!"). Unfortunately, the remainder of the film is little more than a remake of the similarly episodic Borat (also directed by Charles), with the main character supposedly abandoned by his sidekick. The sketches become more drawn-out, less funny, and less plausible as the film goes on.
Categories: films
continued...