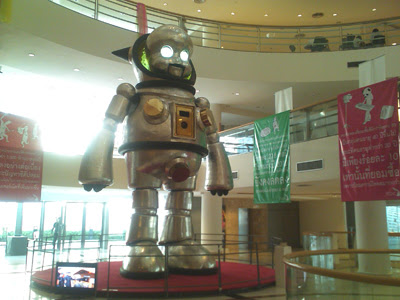 Twist & Shout: Contemporary Art From Japan is a multi-media exhibition featuring Japanese art from the past decade, at the Bangkok Art & Culture Centre from 20th November 2009 to 10th January 2010. The exhibition makes full use of the BACC's gallery spaces, with large artworks in corridors, in specially-created rooms and huts, and on the ceiling.

Many of the artists are influenced by Sekaikei, a narrative genre which avoids historical, political, or social commentary, and the result is a collection of hyper-real pieces in a bright Pop Art style.
Categories: art
continued...