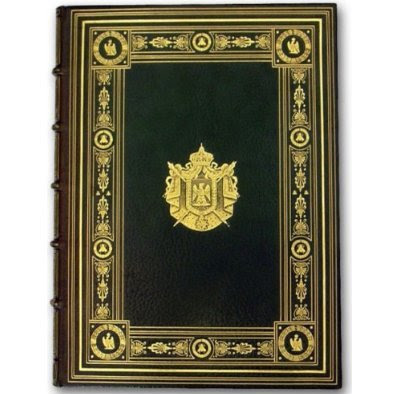 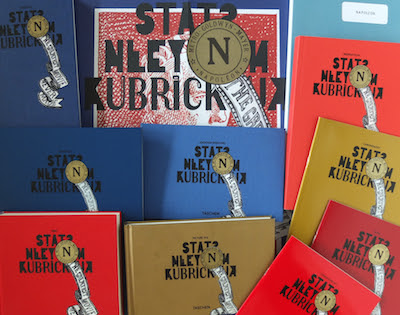 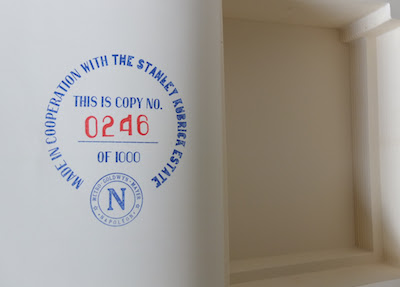 Napoleon: The Greatest Movie Never Made, edited by Alison Castle, is a collection of ten volumes (Reference, Script, Production, Notes, Correspondence, Chronology, Text, Costumes, Location Scouting, and Picture File), and a poster, packaged inside an enormous, hollow book. It's outrageously expensive and extremely heavy (10kg), and is limited to 1,000 numbered copies (mine being #246).

Kubrick started pre-production for a proposed epic Napoleon Bonaparte biopic in 1968, and his research included collecting over 300 Napoleonic books (all of which are listed in Castle's bibliography), a database of 17,000 images (of which Castle reproduces 6,000; the full database is online), and 25,000 biographical index cards (of which Castle reproduces 100). The project was ultimately cancelled, however, after the box-office failure of another Napoleon film, Waterloo.

Castle's book, published by Taschen, features full reprints of Kubrick's Napoleon treatment and screenplay, and two drafts of his production notes. Selections from his thousands of letters, notebooks, and costume photographs are also included. Lengthy conversations between Kubrick and historian Felix Markham are meticulously and comprehensively transcribed.