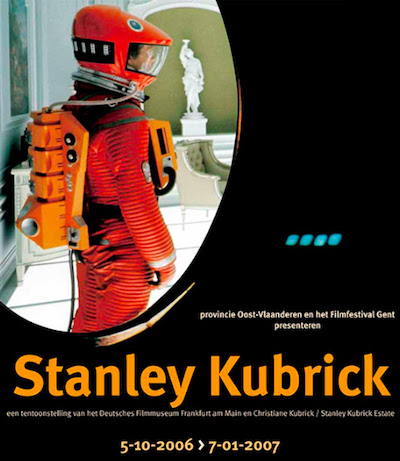 The Stanley Kubrick exhibition, previously held in Germany, has moved to Ghent in Belgium. It is on show at the city's Caermersklooster from 5th October this year until 7th January 2007.

I saw the exhibition with my friend and fellow Kubrick obsessive, Filippo Ulivieri, which was the best possible way to see it. It features props from each of Kubrick's films, including iconic items such as the typewriter from The Shining and the 'starchild' from 2001. There are also pages from Kubrick's notebooks and scripts, and hundreds of previously unseen Kubrick photos.
continued...