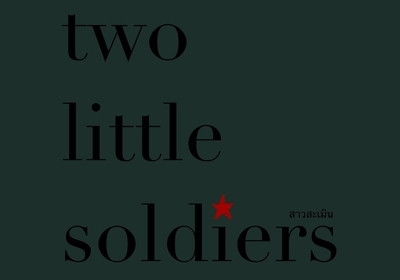 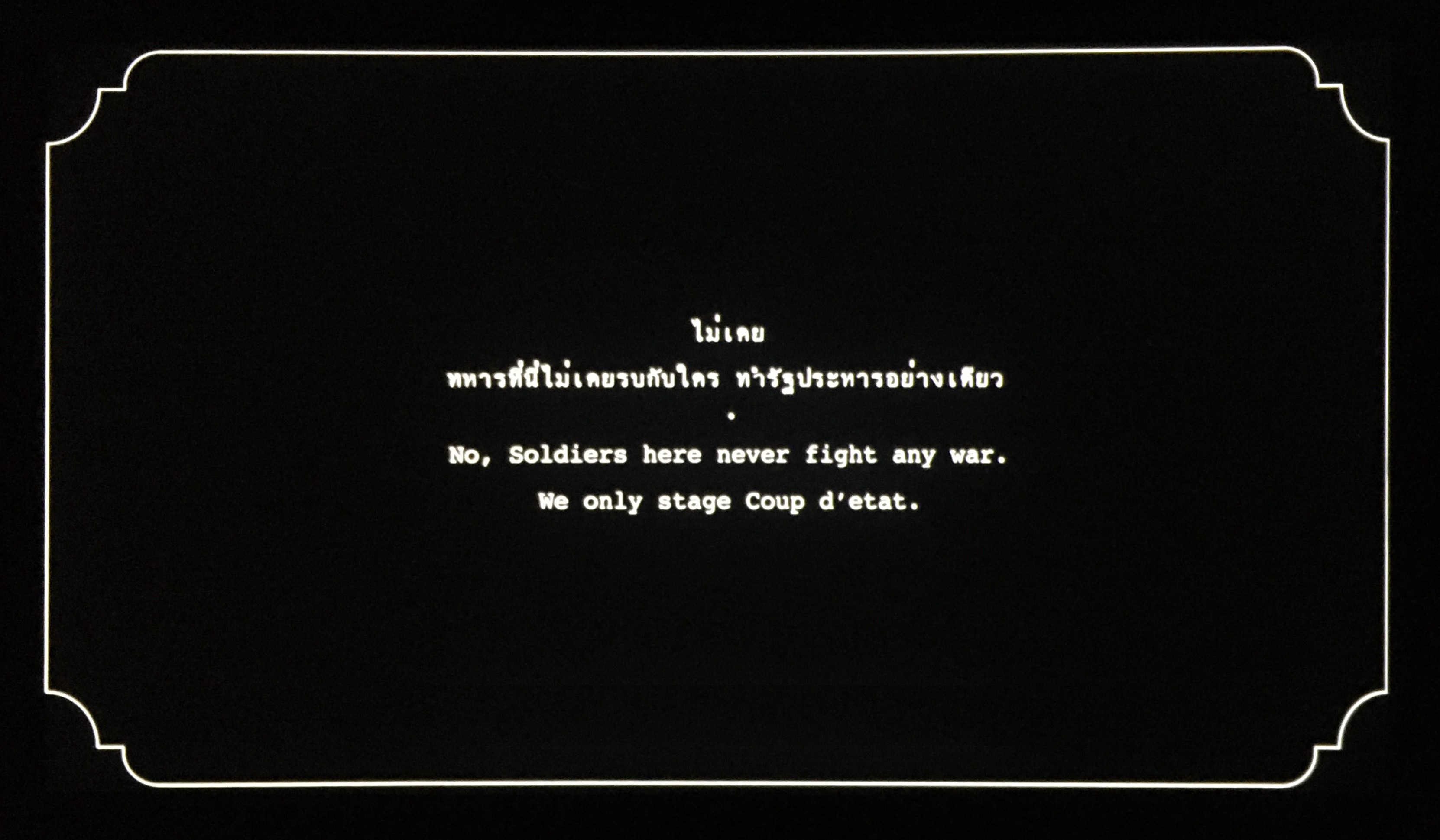 Thai director Pen-ek Ratanaruang has produced a new short film for the Bangkok Art Biennale 2020 (บางกอก อาร์ต เบียนนาเล่). The film, Two Little Soldiers (สาวสะเมิน), begins with an homage to Hitchcock’s The Trouble With Harry, though in this case the body in the woods is only resting.

The film’s seemingly idyllic scenario, in which two young soldiers and a local woman relax by a river, is contrasted by its soundtrack: a government statement (heard via a transistor radio) announcing a crackdown on protesters at Phan Fah in Bangkok. (Except for the radio announcement, the film is silent, with intertitles rather than spoken dialogue.) The film’s release coincides with a new wave of anti-government rallies: yesterday, protesters marched from Democracy Monument to the Grand Palace, to deliver an open letter to the King, though riot police used water cannon to prevent them from entering the Palace grounds.

The crackdown at Phan Fah took place on 10th April 2010, with the military deploying automatic weapons against red-shirt protesters. Twenty-five people were killed. Two Little Soldiers shows how military propaganda misrepresented the incident, with the radio announcement accusing the protesters of “the intent to incite violence” and denying the use of live ammunition: “False rumors have been spread that the military have used live fire on protesters and that the prime minister has ordered the killing of civilians. These are not true.”

This form of propaganda, broadcast via military-owned radio and television stations, has been utilised by successive Thai miltary governments for the past fifty years. Just this afternoon, army chief Narongpan Jitkaewthae held a press conference at which he accused yesterday’s protesters of inciting violence. Like Two Little Soldiers, The Terrorists (ผู้ก่อการร้าย) also shows how Thailand’s military propaganda demonised red-shirt protesters. Like Sayew (สยิว) and The Island Funeral (มหาสมุทรและสุสาน), Two Little Soldiers represents military crackdowns via radio broadcasts rather than reenactments.

Two Little Soldiers represents the first direct reference to contemporary politics in one of Pen-ek’s films. His documentary Paradoxocracy (ประชาธิป'ไทย) ended with Thaksin Shinawatra’s first term as Prime Minister, thus omitting the political crisis that followed his re-election. When I interviewed Pen-ek for my book Thai Cinema Uncensored, he expressed some solidarity with the red-shirt movement: “If the ‘redshirt’ people can separate themselves from Thaksin, then I would become completely a ‘redshirt’.”
Categories: art exhibitions, film reviews, politics, red-shirts, Thailand
continued...