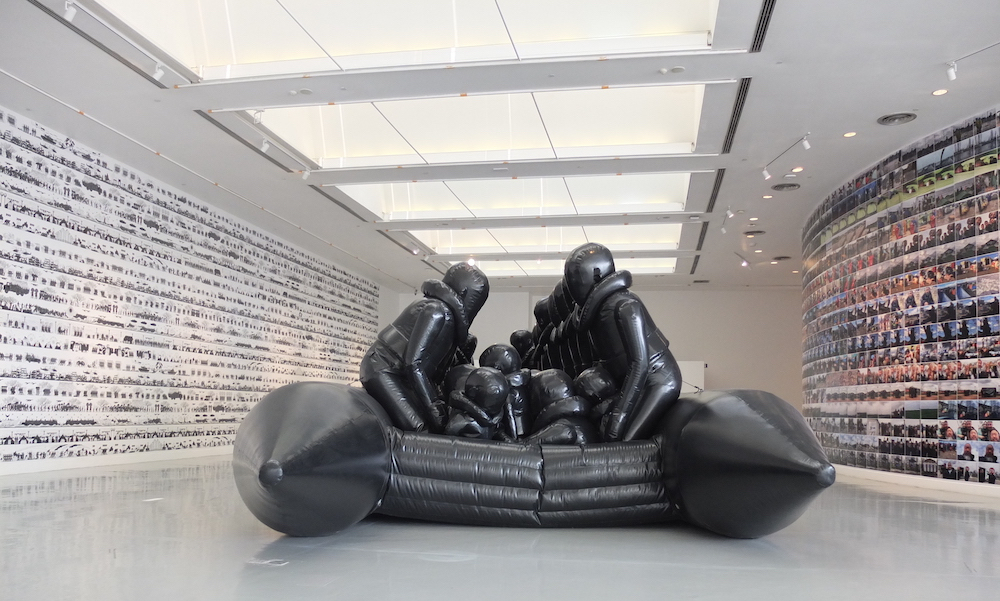 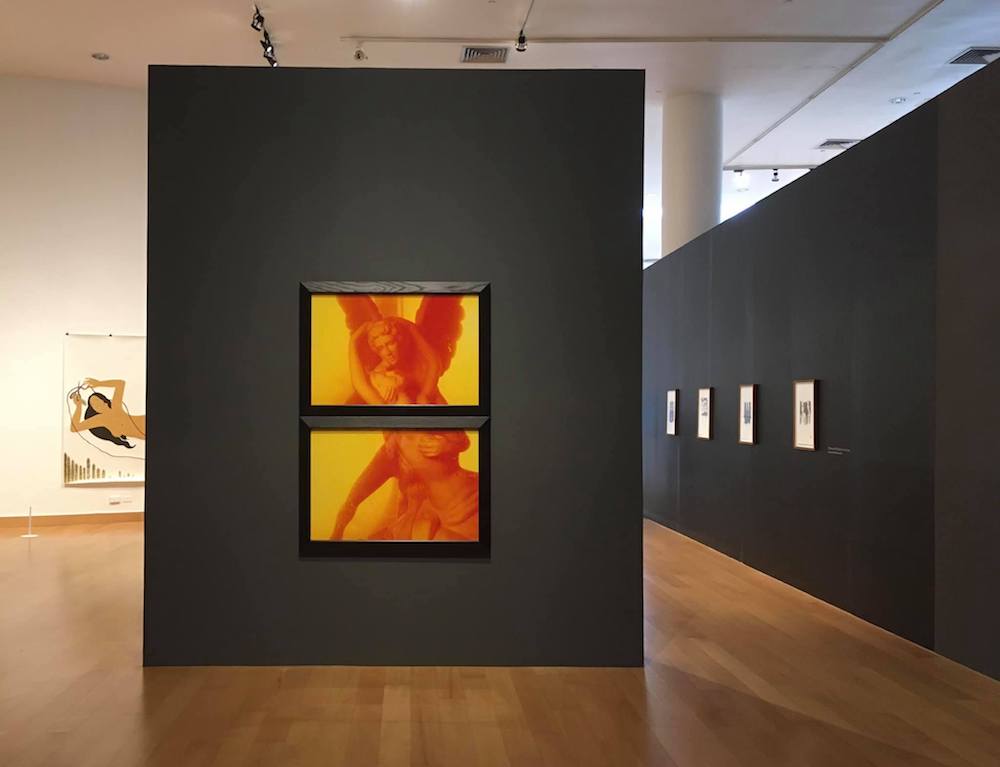 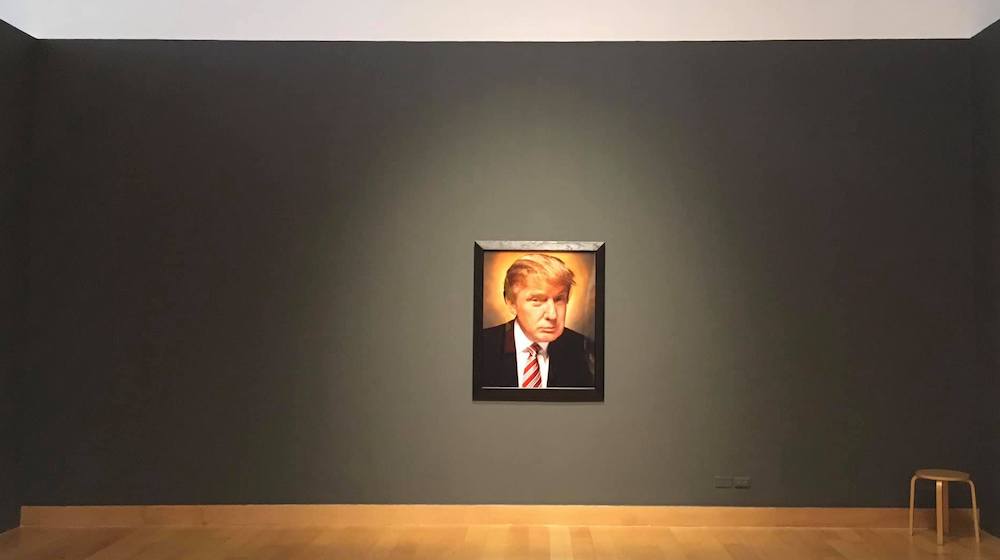 The inaugural Bangkok Art Biennale’s theme was Beyond Bliss (สุขสะพรั่ง พลังอาร์ต), and this year the Biennale (บางกอก อาร์ต เบียนนาเล่) returns with a new theme: Escape Routes (ศิลป์สร้าง ทางสุข). The exhibition—occupying three floors of the BACC, and nine other venues around the city—opened on 29th October and runs until 21st February 2021 (extended from 31st January 2021).

The BACC’s Biennale exhibition is dominated by dissident Chinese artist Ai Weiwei’s Law of the Journey, an inflatable refugee boat that’s fifty feet long. The show also features a selection of works by provocative American photographer Andres Serrano, including Eros and Psyche from his Immersions series (a statue immersed in urine) and a pre-presidential portrait of Donald Trump from his America series.

Thai director Pen-ek Ratanaruang has produced a new short film for the Biennale, Two Little Soldiers (สาวสะเมิน). The film is accompanied by twelve black-and-white drawings by the director, and alongside each print is a QR code linked to a different online video clip, in which the actors (and Pen-ek himself) read from the Two Little Soldiers script. As in the film itself, there is a stark contrast between the calm narration and the disturbing events being described.
Categories: art exhibitions, Thailand
continued...