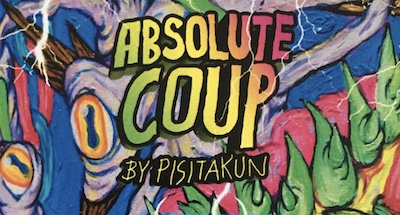 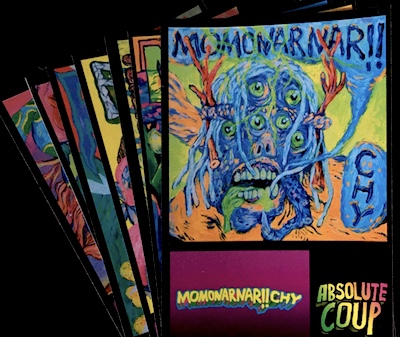 The album’s first three tracks are also the most controversial: MoMoNarNar!!Chy, ArArMyMy, and ConConStituStitutionalCourt. (Disregard the repeated syllables, and the subjects become clear.) There are laws protecting each of these institutions from criticism in Thailand (namely lèse-majesté, article 44, and contempt of court), so Pisitakun is walking a legal tightrope.

MoMoNarNar!!Chy (and the album itself) begins with the Thai royal anthem played on a traditional phin (a type of lute), in a rare (and perhaps unique) appropriation of the anthem. ArArMyMy features samples of a speech by junta leader Prayut Chan-o-cha, and a roll call of cadets such as Phakhapong Tanyakan who died during military training. The album also comes with seven highly provocative stickers, based on paintings by Pisitakun, representing the subjects of the seven tracks as bug-eyed monsters.