The Making of Alien 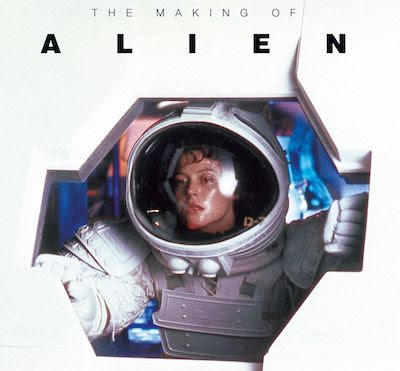 J.W. Rinzler has written quite a few books on the making of (mostly science-fiction) New Hollywood blockbusters, including The Making of Alien, which was published last year. Like Rinzler’s previous books (and, presumably, his forthcoming work on The Shining), The Making of Alien is an exhaustive scene-by-scene account of the film’s production.

There have been several previous books on the making of Alien, though Rinzler’s is easily the most comprehensive, with hundreds more images (including many concept sketches by director Ridley Scott, shaped like CRT screens and known as ‘Ridleygrams’). Unlike other books on the film, The Making of Alien also includes an interview with Scott, who “kindly took a couple of hours to talk about long-ago experiences making Alien”.

Although commissioned by the studio (20th Century Fox) to celebrate the film’s fortieth anniversary, the book doesn’t shy away from the production’s numerous creative and budgetary disagreements. A brief epilogue covers the Alien ‘quadrilogy’, though not Scott’s prequels Prometheus and Alien: Covenant.
Categories: books
continued...