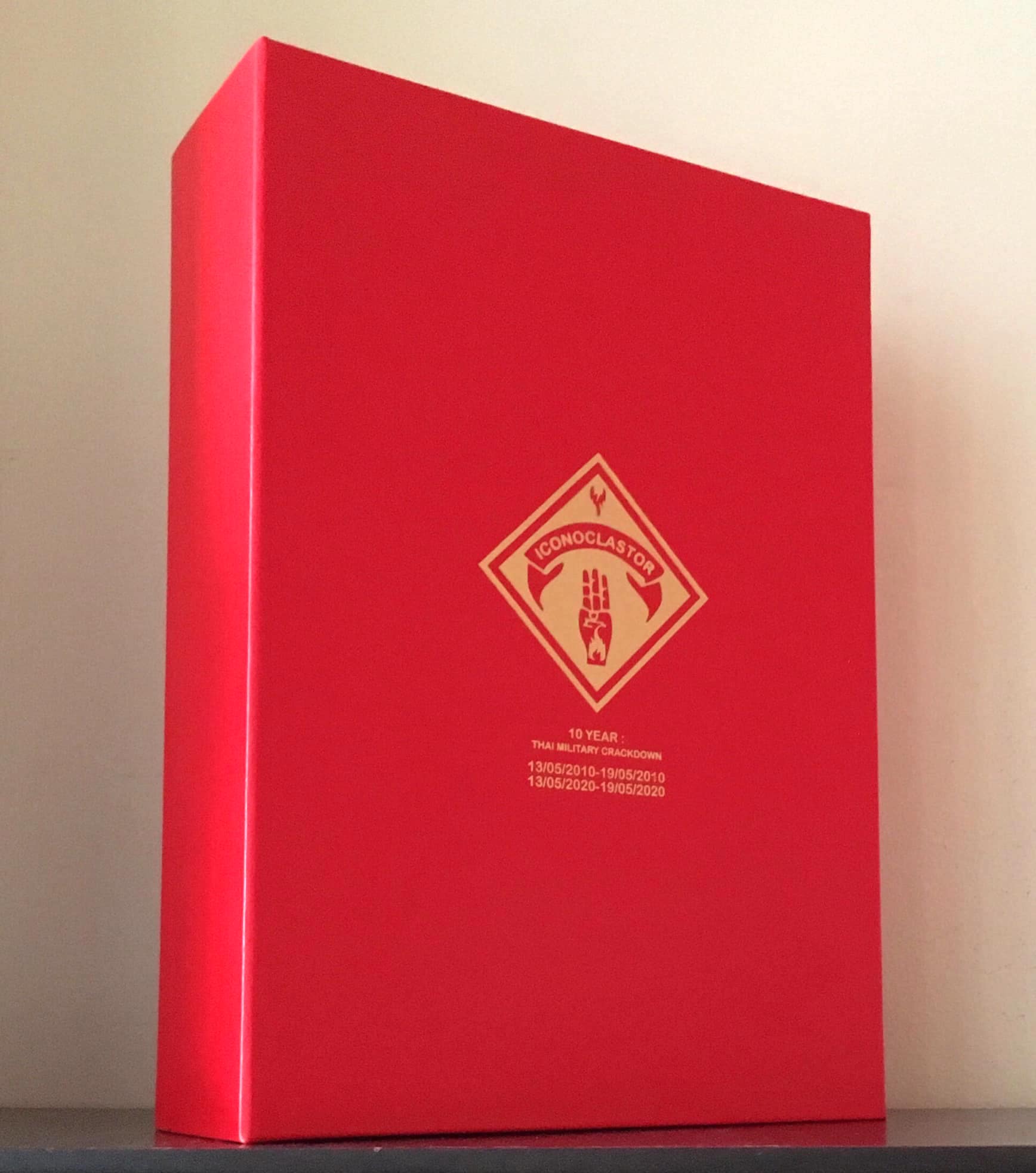 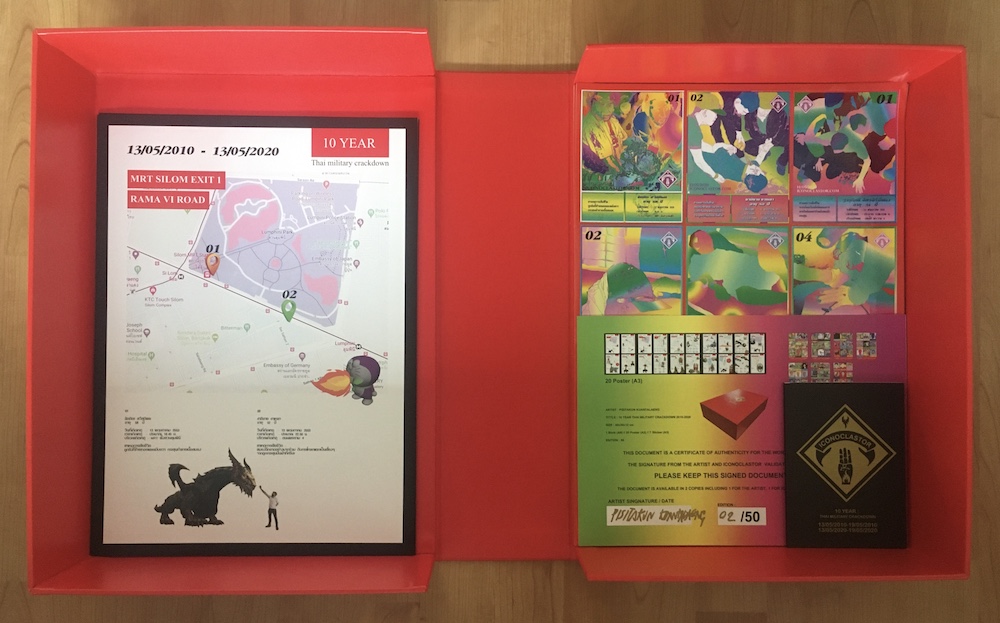 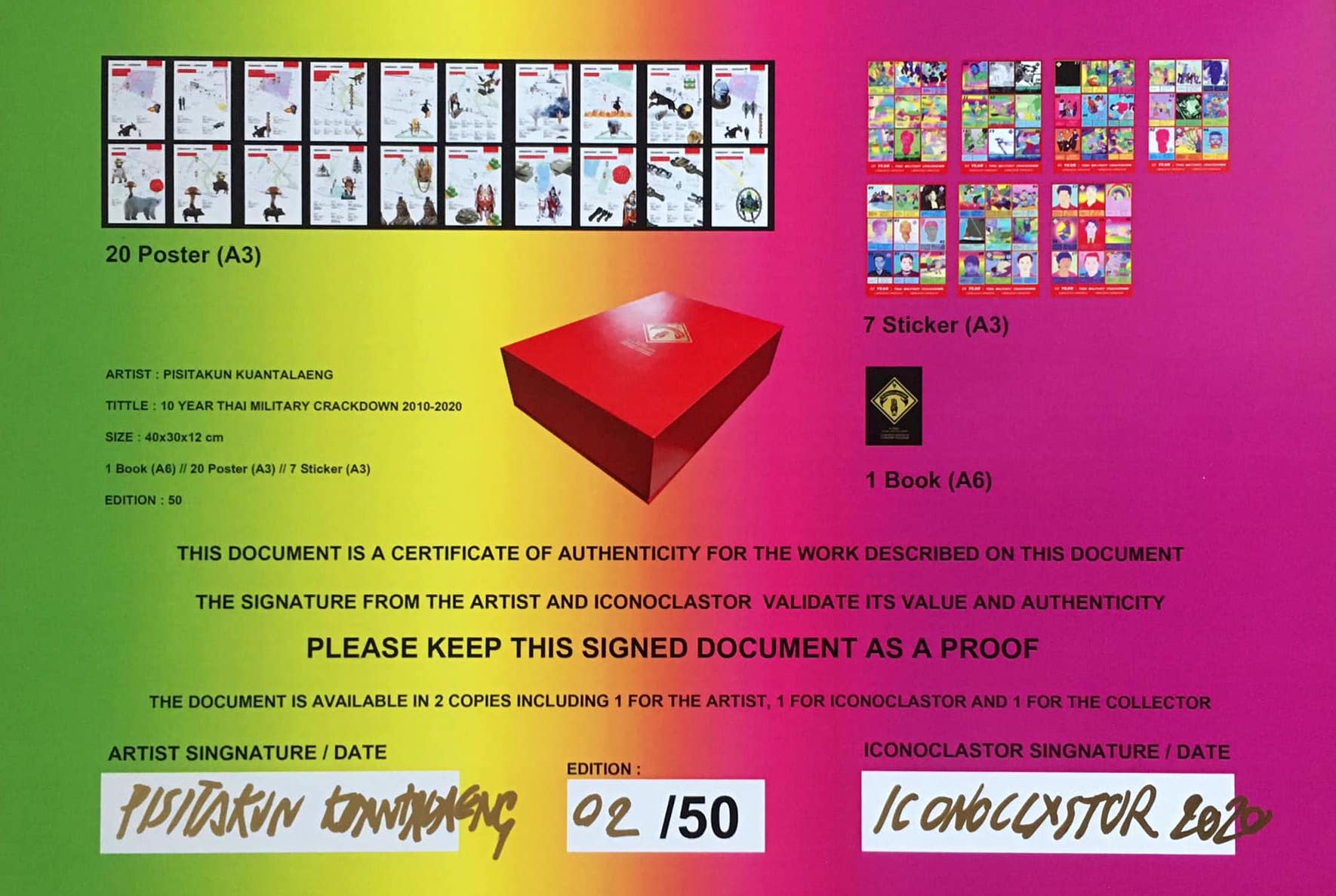 For the current Conflicted Visions Again exhibition, Pisitakun Kuantalaeng created a series of posters and stickers to commemorate the tenth anniversary of the military massacre of red-shirt protesters in 2010. The twenty posters show maps of the protest sites, with markers to indicate the spots at which individual protesters were killed. Pisitakun also drew portraits of each victim, on sixty-three stickers. The project focuses on the last week of the crackdown, from 13th to 19th May 2010. (Tawan Wattuya painted portraits of protesters killed in April 2010.)

Pisitakun’s posters and stickers are available as a box set, limited to fifty signed and numbered copies (mine being no. 2). The set, 10 Year: Thai Military Crackdown [sic], also includes a sticker album and a certificate of authenticity. Pisitakun is also a musician, and his provocative new album Absolute Coup will be released (with more stickers) at the end of this month, as a limited edition cassette and bullet-shaped flash drive.
Categories: art exhibitions, politics, red-shirts, Thailand
continued...