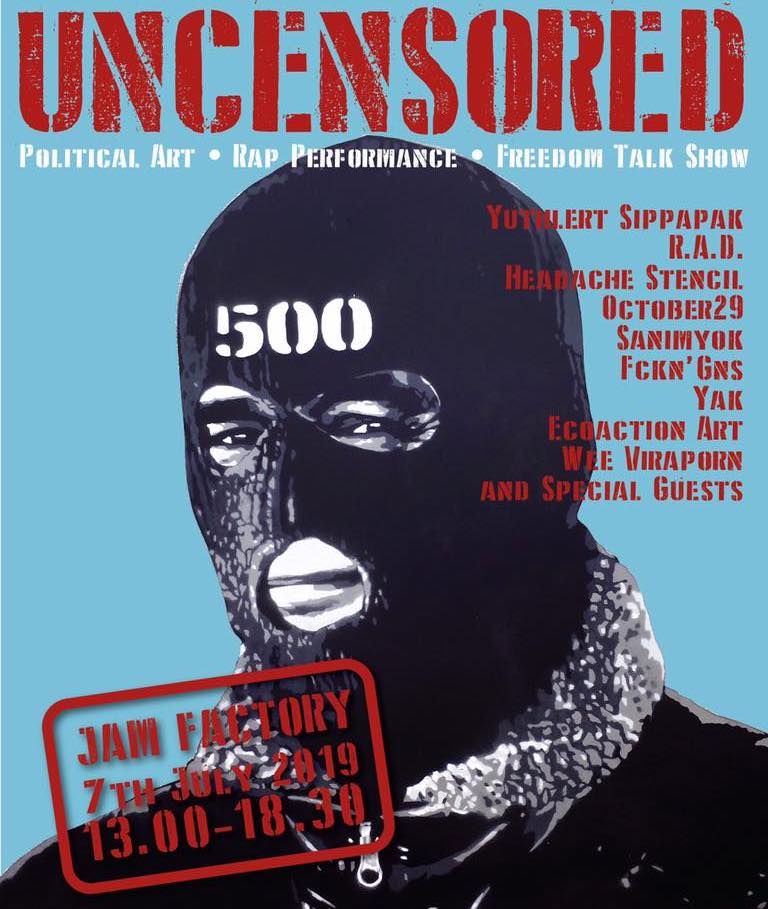 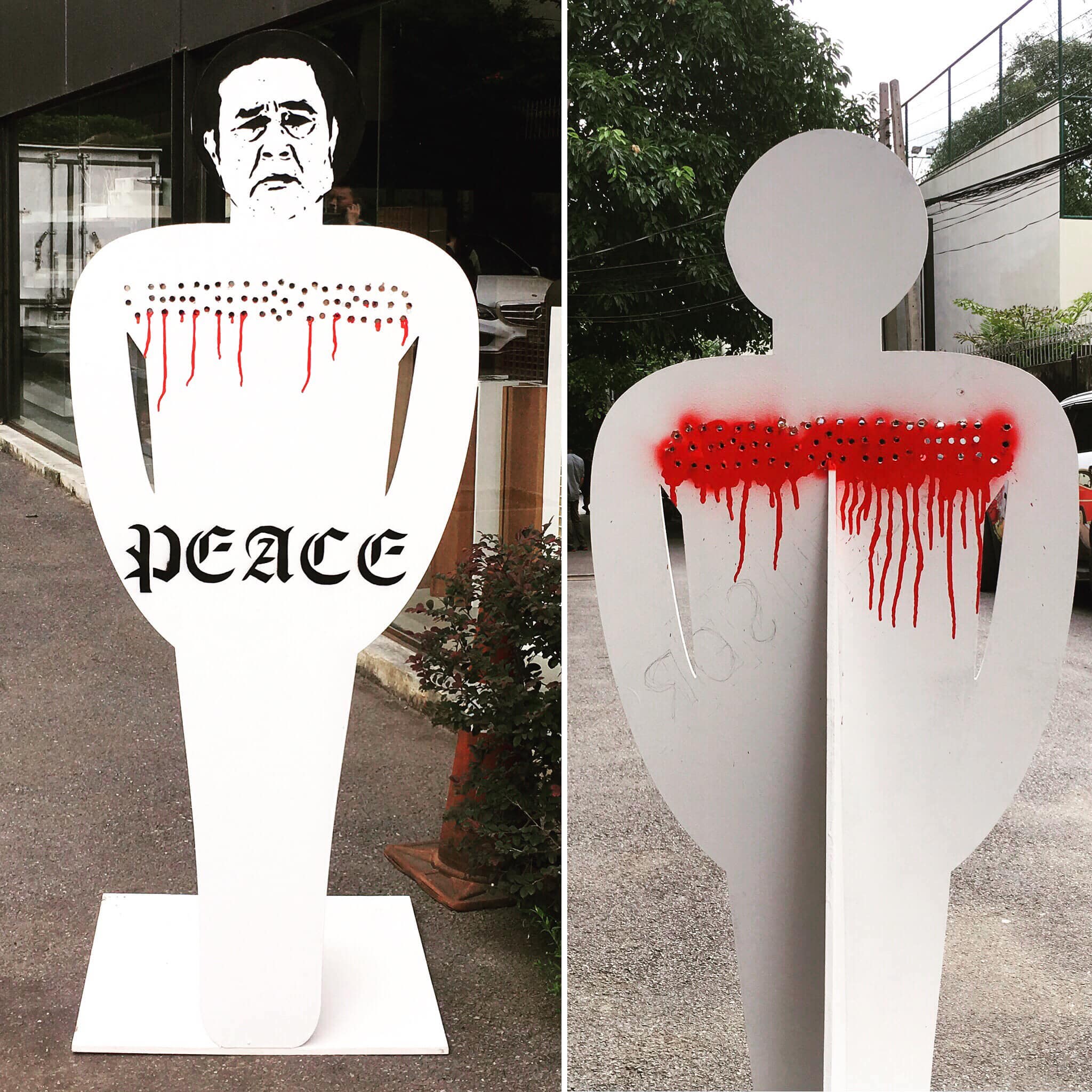 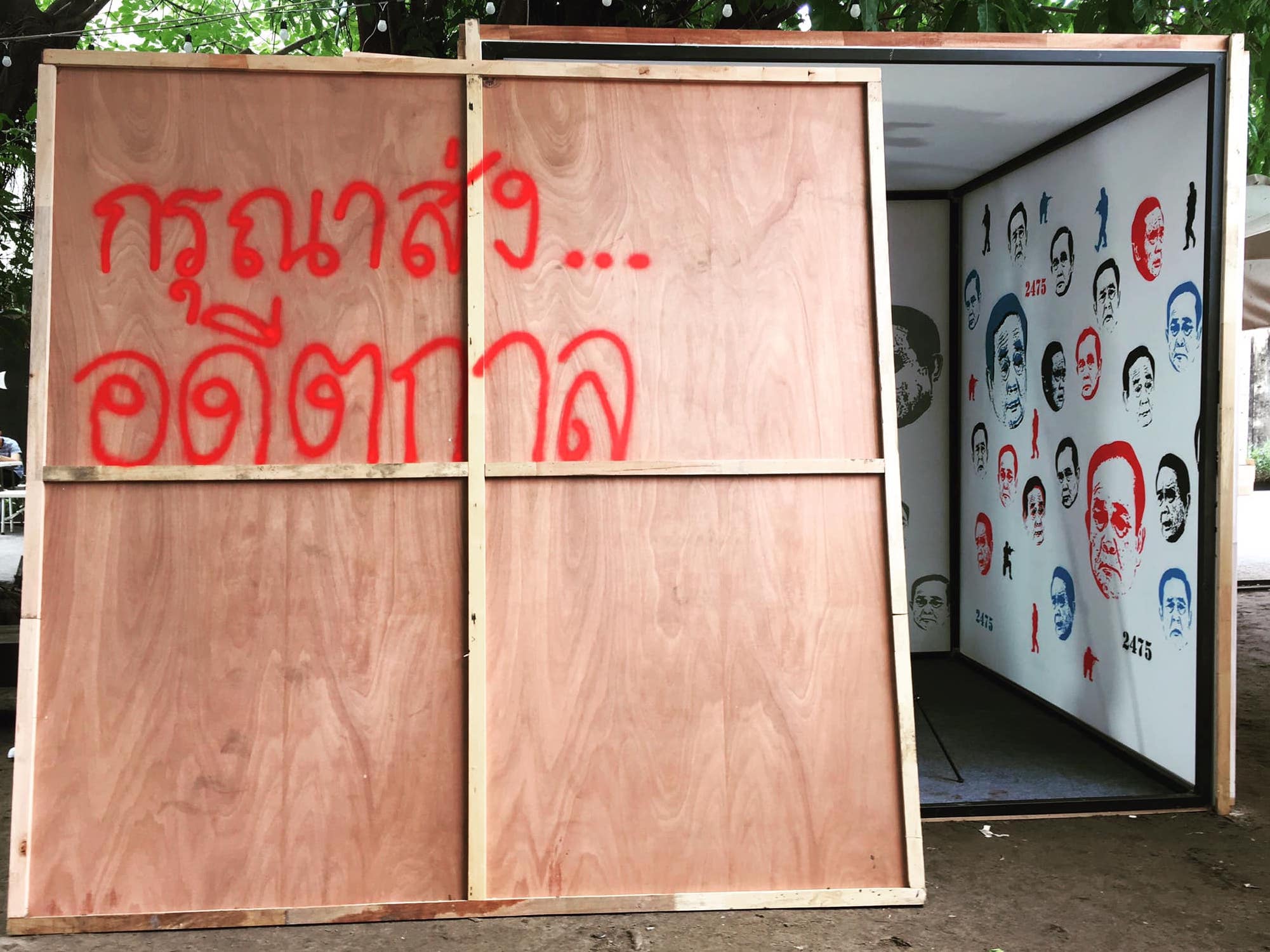 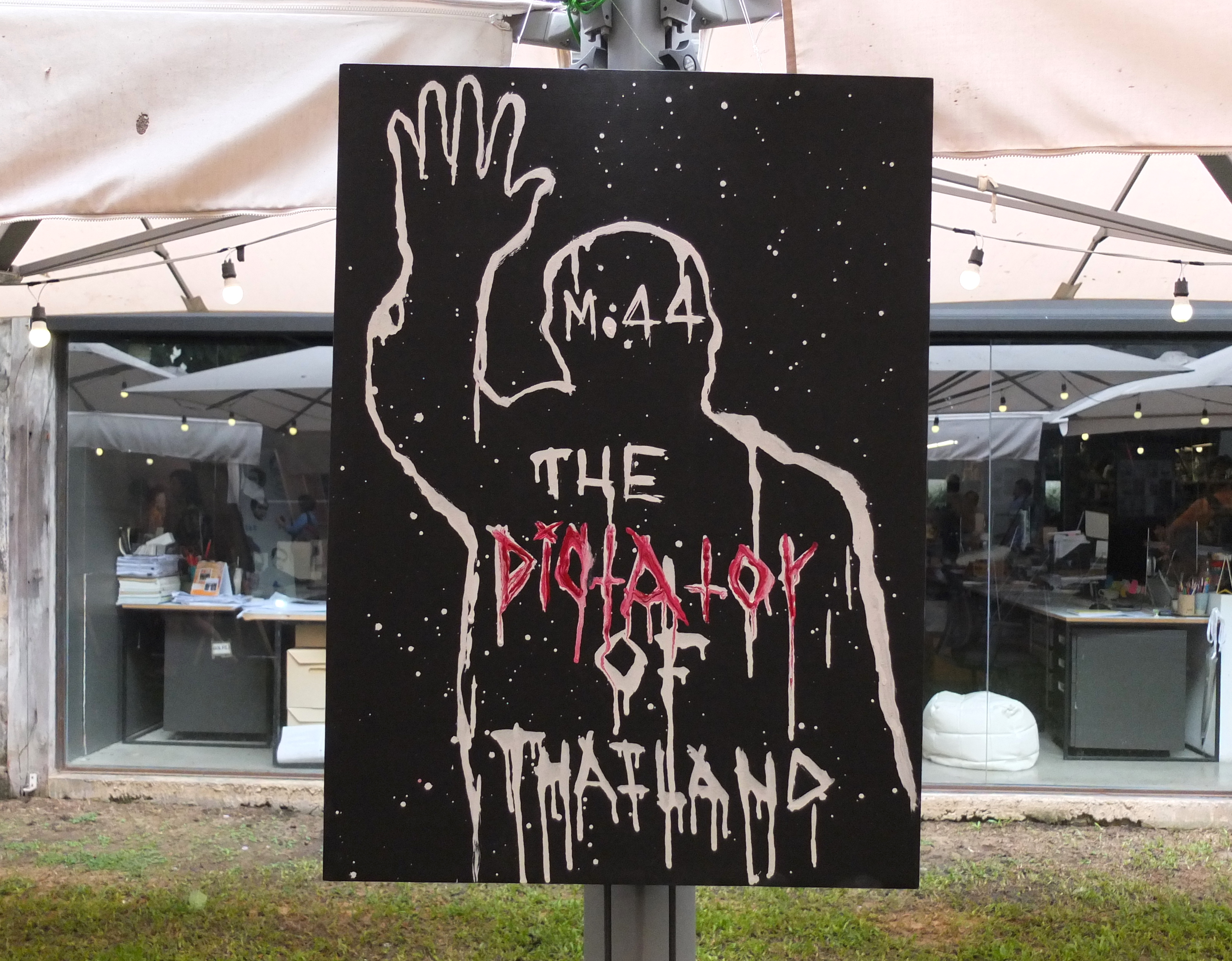 This afternoon, street artist Headache Stencil organised an exhibition and concert at the Jam Factory in Bangkok. (It was originally due to take place at Warehouse 30.) The event, Uncensored, was a demonstration of freedom of expression, and an artistic response to the military government. Prime Minister and coup leader Prayut Chan-o-cha was the main target, shown riddled with bullet holes (Peace) and condemned as The Dictator of Thailand.

Some works from Headache Stencil’s Thailand Casino exhibition were included, notably “Y” Card, along with a new installation (Past Box) filled with more stencils of Prayut. The anonymous artist himself made a rare public appearance, and even left his face uncovered whenever he wasn’t in front of a camera.

Wee Viraporn’s sculpture Watch!, from the Internet Universality Beyond Words exhibition, was also on show, though the highlight was a concert by bands including Rap Against Dictatorship. The concert, which ran for an hour longer than scheduled, ended with a fantastic live performance of My Country Has (ประเทศกูมี).