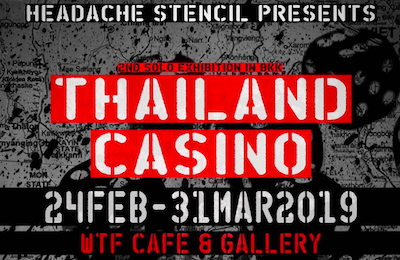 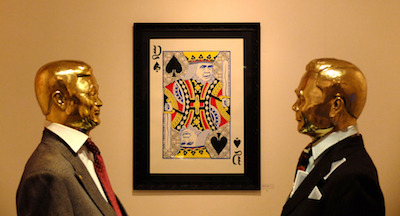 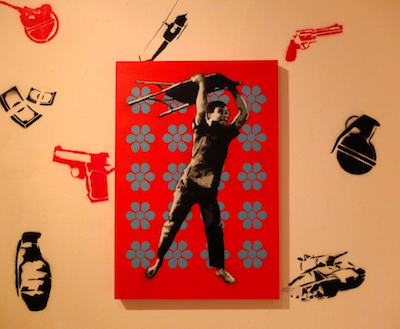 The exhibition's centrepiece is an installation featuring busts of Prayut and former PM Thaksin Shinawatra playing a high-stakes poker game for the future of Thailand. The installation is replete with symbolic references to the country's political, royal, and military power structures. Prayut is concealing the four of clubs and four of spades, a reference to his unlimited authority under article 44. The cards on the table include the nine of clubs (Rama IX) and ten of hearts (Rama X).

Behind Thaksin's bust is 8th Feb '19, a calendar marking the extraordinary day when one of Thaksin's proxy parties nominated Prince Ubolratana as its candidate for prime minister in the upcoming election. Prayut's backdrop is a map of Thailand featuring the word โกง ('cheat'). Merchandise on sale at the gallery includes the election campaign slogan "STOP DICTATORSHIP", though as the exhibition makes clear, the game is rigged: while Thaksin has more chips (indicating his personal wealth), Prayut has numerous hidden cards.
Categories: art exhibitions, politics, Prayut Chan-o-cha, Thailand, Thaksin Shinawatra
continued...