The Art of Horror Movies 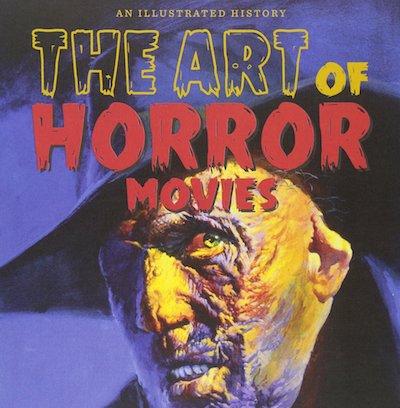 The Art of Horror Movies: An Illustrated History, edited by Stephen Jones, is a decade-by-decade survey of horror films, illustrated with vintage film posters and original artwork. There are hundreds of posters, including rare foreign-language versions, though the larger original illustrations are less interesting. The back cover claims that "The Art of Horror is the definitive guide for any fan of horror films" though Phil Hardy's Horror: The Aurum Film Encyclopedia is more comprehensive. There is no bibliography.

The book includes essays by an impressive group of leading horror critics, most notably Christopher Frayling and Kim Newman. Frayling (author of Frankenstein: The First Two Hundred Years) writes about silent horror, such as The Cabinet of Dr Caligari, "one of the most influential horror films of all time, if not the most influential." Newman (author of Nightmare Movies) covers the 1960s: "Like Psycho, Night of the Living Dead changed not only the way horror films looked and their subject matter, but how they were financed, marketed, and franchised". (Newman wrote similar essays about each decade in Horror: The Definitive Guide to the Cinema of Fear.)
Categories: book reviews
continued...