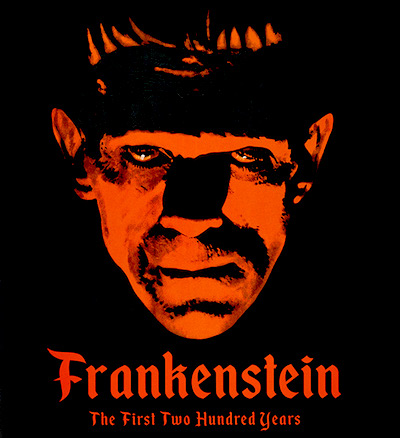 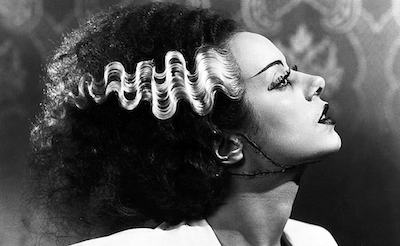 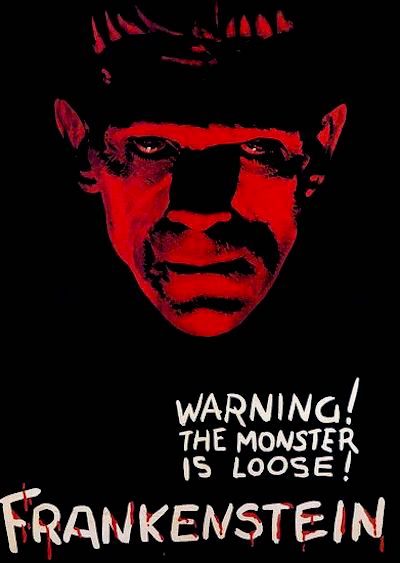 Frankenstein: The First Two Hundred Years traces the cultural history of Frankenstein's monster since the publication of Mary Shelley's novel in 1818. Christopher Frayling's book, published last month, features dozens of full-page illustrations, including paintings, posters, and production stills. Frayling has previously recorded a commentary for the Universal Frankenstein DVD, and given a lecture on the novel at the Science Museum in London.

Shelley revised her novel in 1831, after it had been successfully adapted for the stage. It has since been filmed more than a hundred times, my favourites being James Whale's Frankenstein (the Expressionist film that established horror as a Hollywood genre), Whale's sequel Bride of Frankenstein (his subversive masterpiece), The Curse of Frankenstein (Hammer's reinvention of the monster), AIP's 'teensploitation' I Was a Teenage Frankenstein, and Andy Warhol's outrageous Flesh for Frankenstein (made in 3D).

The novel's alternative title was The Modern Prometheus, a reference to the Greek creation myth. In his cultural history, Frayling argues that Frankenstein is the modern Genesis: "The real creation myth of modern times... is no longer Adam and Eve in the Garden of Eden. The real creation myth is Frankenstein." Frayling's previous books include Once Upon a Time in Italy, Something to Do with Death, Spaghetti Westerns, Ken Adam, Ken Adam Designs the Movies, and The 2001 File.
Categories: book reviews
continued...