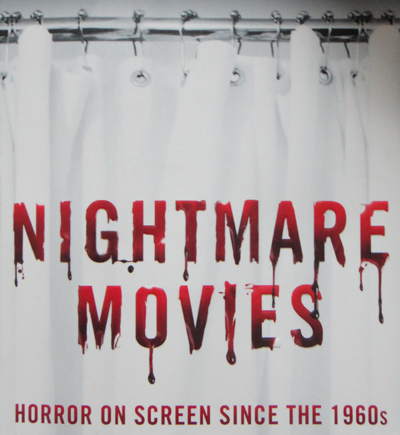 Kim Newman has revised and substantially updated his definitive history of modern horror cinema, Nightmare Movies, which has been published with the new subtitle Horror On Screen Since The 1960s. This edition is divided into two parts: the previous version of Nightmare Movies (covering horror cinema since Night Of The Living Dead, which he profiled recently in The Empire Five-Star 500; the original text is untouched, except for new footnotes) and "the sequel" titled New Nightmares (a reference to Wes Craven's film New Nightmare).

Newman is also a contributor to 1001 Movies You Must See Before You Die, Contemporary American Cinema, Fear Without Frontiers, 100 European Horror Films, The Oxford History Of World Cinema, and the Aururm Film Encyclopedia: Horror. He has written for various magazines, including Premiere, Sight & Sound, and Empire. He also appears in the supplements to DVDs of Video Nasties, Double Indemnity, Notorious, Suspiria, and The Old Dark House. I saw him introduce a screening of Zombie Holocaust at the ICA, London.
Categories: book reviews
continued...