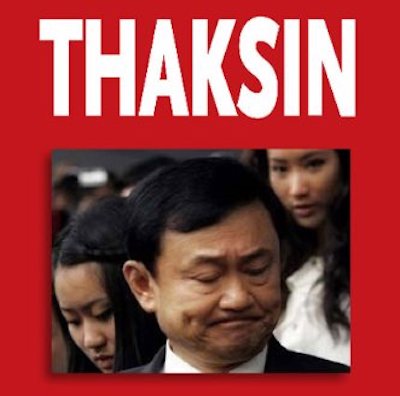 Thaksin, by Pasuk Phongpaichit and Chris Baker, is not only the most comprehensive biography of former Prime Minister Thaksin Shinawatra, it's also the best available account of Thailand's recent political history. Pasuk and Baker capture the divisive nature of Thaksin's reputation: "To some, he is a visionary, even a revolutionary. To others, he is greedy, deceitful, deluded, dangerous."

For better or worse, Thaksin is the single most influential figure in contemporary Thai politics, following his unprecedented landslide election wins of 2001 and 2005. The protest movements that have characterised Thai politics in the past decade - the PAD, UDD, and PDRC - are all defined by their opposition to, or support for, the Thaksin regime. His influence has been suppressed by coups in 2006 and 2014, a Constitutional Court verdict in 2007, and a military massacre in 2010.

In their second edition, published in 2009, Pasuk and Baker conclude that Thaksin's financial corruption and his political populism were inseparable: "Throughout his career, politics and profit-making were entwined around one another like a pair of copulating snakes." (This is a rigorous and unauthorised biography, whereas Sunisa Lertpakawat's Thaksin, Where Are You? and Tom Plate's Conversations With Thaksin are both based on self-serving interviews with Thaksin.)
Categories: book reviews, politics, Thailand, Thaksin Shinawatra
continued...