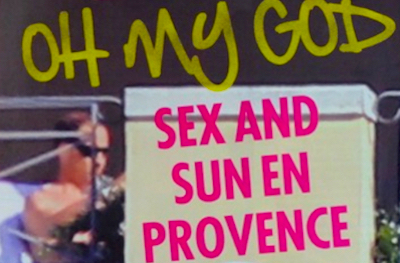 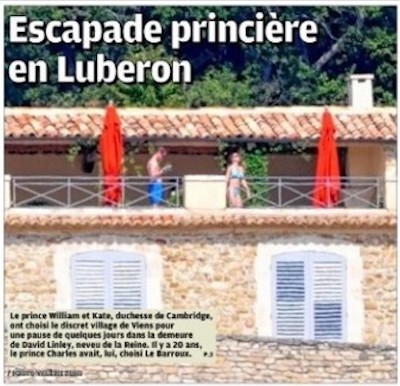 A French court has ordered the publisher of Closer magazine to cease distribution of photographs of Kate Middleton, the Duchess of Cambridge, topless. The paparazzi photos were taken while she and her husband, Prince William, were sunbathing at a private villa. The couple took legal action against the publisher, and are also seeking a criminal prosecution of the photographer.

The photos first appeared in Closer last Friday, and were reprinted by the Irish Daily Star newspaper the next day. Italian magazine Chi (which previously printed a photograph of a dying Princess Diana) published more of the images on Monday. The magazine Se & Hor, published in Sweden and Denmark, has announced that it will print the photographs this Friday. The regional French paper La Provence printed a relatively modest picture of the Duchess in a bikini on 7th September.

Nude photographs of the royal family have been published before. Famously, UK tabloid The Sun printed a topless photo of Sarah Fergusson on its front page on 21st August 1992. Full-frontal photos of Prince Charles were published in Playgirl magazine (January 1997). Famously, Brad Pitt successfully sued Playgirl for invasion of privacy after it published nude photographs of him in August 1997 (which was the magazine's best-selling issue).