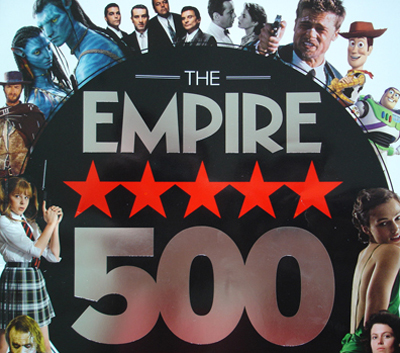 Empire magazine has published an alphabetical list of 500 films, selected from those that it has awarded five stars when they were released at the cinema or on video. The special issue, titled The Empire Five-Star 500, also includes an article on George A Romero's original Living Dead trilogy written by Kim Newman.

Empire published a list of all its five-star reviews in its 100th issue (October 1997), a total of ninety-one films. More recently, the magazine published a 500 Greatest Movies poll.