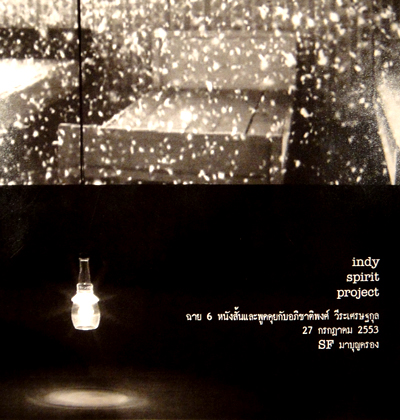 My Mother's Garden
(animated line-drawings of plants and animals, and close-up images of exotic jewellery)

Ghost Of Asia
(previously shown at Apichatpong On Video Works)

Apichatpong explained the inspirations behind each film, and there was a brief Q&A session. As in Syndromes & A Century and Uncle Boonmee, two of this evening's films included tributes to the director's parents: drawings of plants in My Mother's Garden, and a recreation of the scattering of his father's ashes in Luminous People.
Categories: Apichatpong Weerasethakul, film screenings, Thailand
continued...