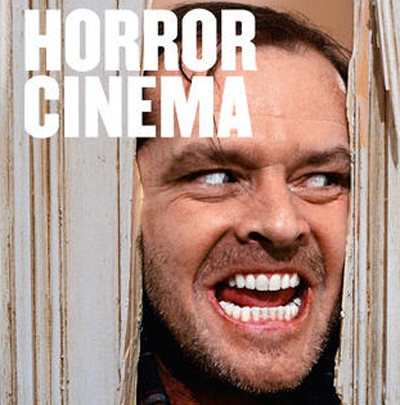 Horror Cinema, written by Jonathan Penner and Steven Jay Schneider, is a survey of the horror genre edited, like Art Cinema, by Paul Duncan for Taschen. The book's format is very similar to Art Cinema's, with equally glossy photographs. However, both books also have the same limitations: an emphasis on breadth at the expense of depth, a pointlessly brief filmography, and the lack of an index.

The introduction, What Is 'Horror'?, provides a potted history rather than a satisfactory definition or demarcation, though it serves as a brief orientation before the subsequent thematic chapters on zombies, ghosts, demons, vampires, and werewolves. The authors take a "liberal view of what constitutes a horror film", also incorporating elements of the science-fiction and thriller genres.

One of the more original chapters discusses "revenge-of-nature" films, citing The Birds and Jaws as classic examples. As the authors explain, this sub-genre is "overlooked and insufficiently appreciated", and its inclusion in Horror Cinema contrasts with the emphasis on urban paranoia in Horror. The final chapter, however, The Monstrous-Feminine, is merely a summary of Barbara Creed's excellent book of the same name.

It's not clear if Jonathan Penner and Steven Jay Schneider wrote the entire book collaboratively or each wrote separate chapters. Penner is credited before Schneider, suggesting that the latter made a lesser contribution, which is disappointing as Schneider is by far the better writer. While Penner is more notable as a television actor, Schneider has edited some of the greatest books on horror (Fear Without Frontiers) and cinema in general (1001 Movies You Must See Before You Die).
Categories: book reviews