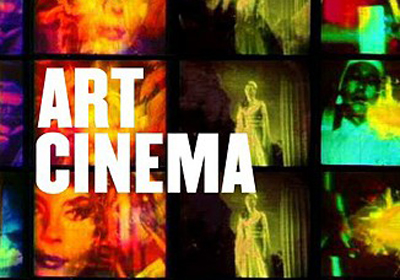 Art Cinema, written by Paul Young, edited by Paul Duncan, and published by Taschen, is a survey of avant-garde filmmaking from its origins in the 1910s to the present day. Each chapter focuses on a specific film/art genre, such as Surrealist Cinema, Abstraction, The City Symphony, Structuralism, Expanded Cinema (a term borrowed from Stan van der Beek and Gene Youndblood), and Collage, amongst others. The format is similar to Amos Vogel's seminal Film As A Subversive Art: a series of short essays accompanied by numerous rare film stills with extended captions.

Young's survey is comprehensive in scope though lacking in detail. There are less than 200 pages, most of which are dominated by large, full-colour images which limit the historical or analytical content of the text. There is a reasonable bibliography, though the filmography, with only ten entries, is absurdly brief. Also, the non-chronological organisation coupled with the lack of an index limits the book's potential as a source of reference. It is, however, a beautiful coffee-table book, full of superbly reproduced photographs.
Categories: book reviews
continued...