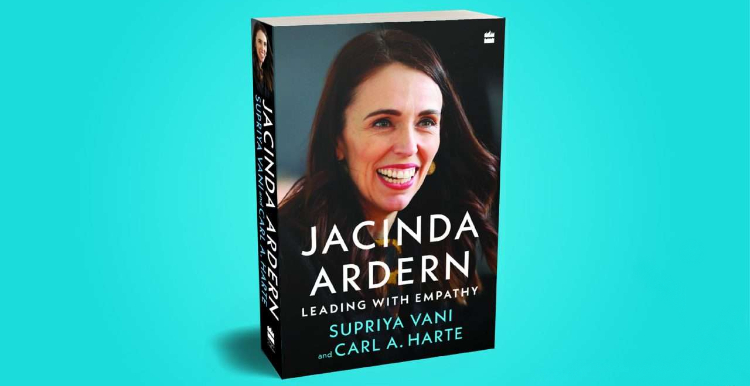 Jacinda Ardern became New Zealand’s Prime Minister in 2017 on a wave of ‘Jacindamania’, and her relentless positivity boosted her reputation on the world stage. (She has been a guest on The Late Show, and Spitting Image caricatured her quite convincingly as Mary Poppins.) She passed gun-control laws with incredible speed, and was equally successful in minimising the impact of the coronavirus pandemic. In recent months, rising inflation and a looming recession have sharply dented her domestic popularity, though this has not affected her international image.

She has consistently refused to cooperate with her biographers, though Jacinda Ardern: Leading with Empathy was promoted in 2021 as “[t]he first biography to be based on interviews with Ardern”. At a press conference on 21st July 2021, Ardern made clear that she was misled by the authors, who had not told her they were writing a biography: “certainly the claim that it was an exclusive interview for the purpose of writing a book of that nature is not true”. Co-author Supriya Vani interviewed Ardern in 2019, on the understanding that the book was about female leaders in general. Co-author Carl A. Harte claimed that coronavirus restrictions precluded interviews with other leaders, though Ardern was interviewed via Skype, which the pandemic would not have prevented.

More plausibly, the pandemic prevented the authors from visiting New Zealand while researching the book, though surprisingly this did not affect the amount of ‘colour’ and atmospheric detail they included. Ardern’s childhood home, Murupara, for example, is described as “a place that feels as if it is drifting, somehow behind in time... The town’s beauty is itself beguiling, but the land here has its dark secrets.” These lengthy descriptions, and others, are all examples of armchair tourism, and further padding is provided by extraneous career summaries of several former New Zealand politicians.

Vani wrote an online article for Writer’s Digest on 9th June 2021 titled How to Write a Biography of a World Leader. Her first tip was: “make sure you can resonate with the qualities of the leader to ensure you’re writing a positive biography.” Unfortunately, she followed her own advice, and her Ardern book borders on the hagiographic. (It often refers to Ardern by her first name, emphasises her “kindness” and “well-rounded humanity”, and even compares her to Churchill.) But on its own terms, as an inspirational account of empathetic leadership, the book is well written and researched. Perhaps Ardern’s relentless positivity rubbed off on Vani; if so, it was more appropriate to her first book, Battling Injustice.
Categories: books, politics