500 Best Movies of All Time 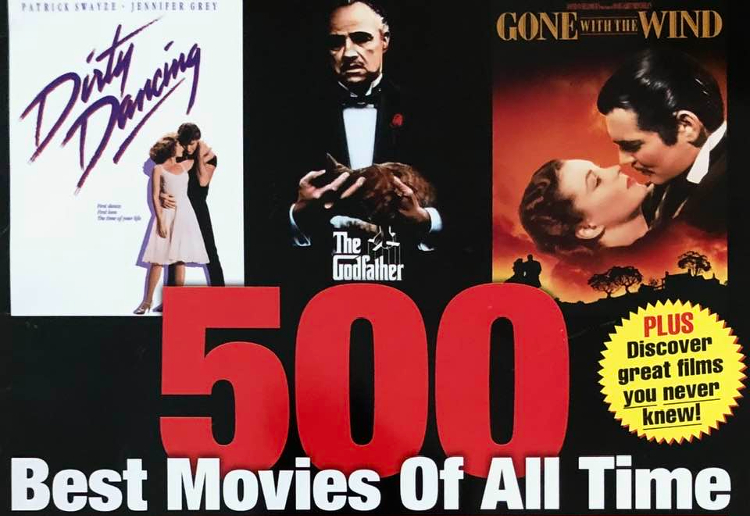 In 2018, Us Weekly magazine published a special 500 Best Movies of All Time issue (vol. 18, no. 47). The top twenty-five titles are listed first, and the others are classified by genre. The films are organised alphabetically within these categories, and are not ranked. The list features more than 500 titles, as some series—the Harry Potter and Pirates of the Caribbean franchises; The Naked Gun and Kill Bill and their sequels—are counted as single entries.

Us Weekly is a mainstream entertainment magazine, so the selection is weighted in favour of popular Hollywood movies; as the editors wrote in their introduction: “we tried to pay attention not just to what critics like, but to what audiences like as well.” There are a handful of foreign-language titles, including Bicycle Thieves (Ladri di biciclette, classified rather literally as a crime film), and just one silent film (Metropolis, listed under drama rather than science-fiction).

Us Weekly’s top twenty-five films are as follows:
(Titanic is the 1997 blockbuster, Psycho is the 1960 masterpiece, and Scarface is the 1983 remake. Harry Potter refers to all eight films in the series.)

Empire and Total Film magazines have also published top-500 film lists, as did the Daily Telegraph and Sunday Telegraph newspapers. Empire later revised its list for its Australian edition, and also published a collection of 500 five-star reviews. Not to be outdone, Dateline Bangkok has its own list of 500 classic films.
Categories: films, media