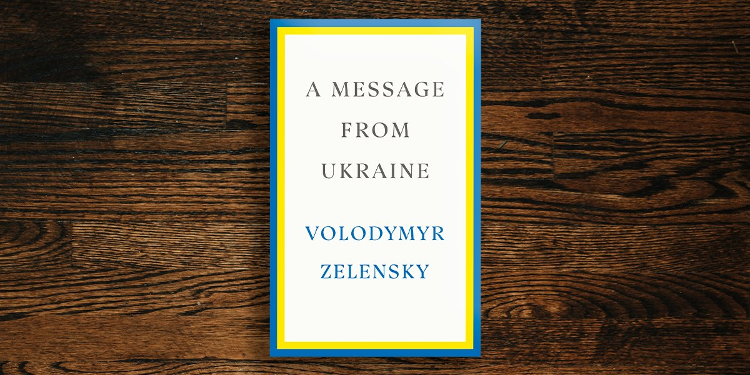 Since Russia invaded Ukraine on 24th February, Ukranian President Volodymyr Zelensky has recorded daily video addresses to his people and delivered more than 100 speeches to international forums. A Message from Ukraine: Speeches, 2019–2022, an authorised anthology sold to raise money for the war effort, reprints sixteen of his speeches in translation, beginning with his inaugural parliamentary address after his landslide election victory in 2019.

Whichever country he addresses as he pleads for military support, Zelensky—or rather, his chief speechwriter, Dmytro Lytvyn—tailors his message to suit his audience. So, he quoted Winston Churchill to the British parliament and Martin Luther King to the US Congress. His historical analogies are also tailor-made. Speaking to the German Bundestag, he compared Russia’s gas pipline to the Berlin Wall; addressing the Israeli Knesset, he cited Russian propaganda that evoked the Holocaust.

In his introduction to the book, Zelensky describes his message as “abrupt, intense, jarring.” The contrast with his former career, as a comedy actor, couldn’t be more stark. (Life imitated art, after he played an unlikely president in his sitcom Servant of the People/Слуга народу.) Of course, he writes with optimistic fervour about victory over Russian President Vladimir Putin, calling A Message from Ukraine “a book about how we can build the future.”
Categories: books, politics
Dateline Bangkok