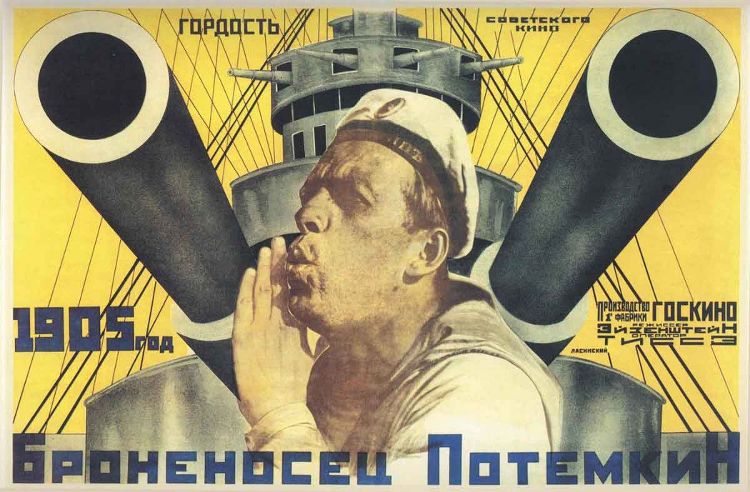 The classic Battleship Potemkin (Бронено́сец «Потёмкин») will be shown at the Thai Film Archive in Salaya on 7th September. The film is an agitprop dramatisation of the 1905 Russian Revolution, though it also demonstrates director Sergei Eisenstein’s revolutionary montage editing technique, and the ‘Odessa steps’ massacre is arguably the most famous sequence in silent cinema.

The archive’s 16mm print was donated by the embassy of the Soviet Union and first shown as part of the หนังดีที่สุดในโลก (‘greatest films in the world’) programme, one of the inaugural events of the Thailand Cultural Centre in 1987. The print is an unrestored, edited version (just under an hour long), with an English-language voice-over that fills in the gaps in the narrative.

Battleship Potemkin was previously screened at the archive in 2011, with live music by Nipat Chaisap. It was shown twice at Bangkok Screening Room, in 2018 (with a soundtrack by the Pet Shop Boys) and 2020 (with live music by Viveka).
Categories: films
Dateline Bangkok