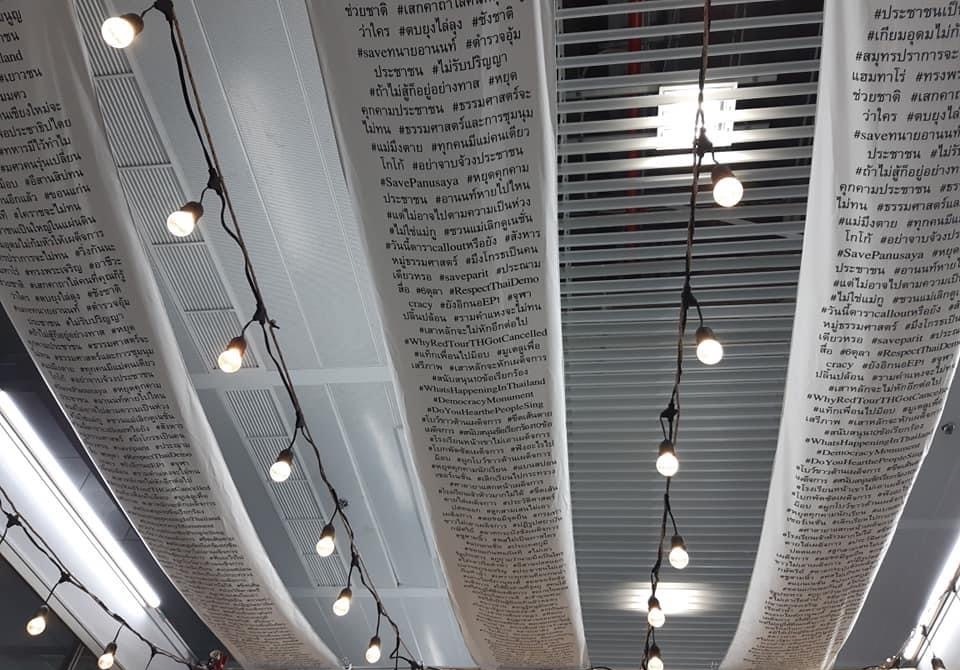 Thai police have ordered Same Sky Books to remove a banner from its booth at the National Book Fair. The banner reproduced various anti-government social media hashtags, and the police singled out #รัฐบาลเผด็จการ (‘dictatorial government’) as particularly unacceptable.

The cloth banner, suspended from the ceiling, had been on display since the Book Fair opened at Bang Sue Grand Station in Bangkok on 26th March. The police asked Same Sky to remove it two days later. After some negotiation, the publisher reversed the banner yesterday, making the text unreadable and highlighting the act of censorship.