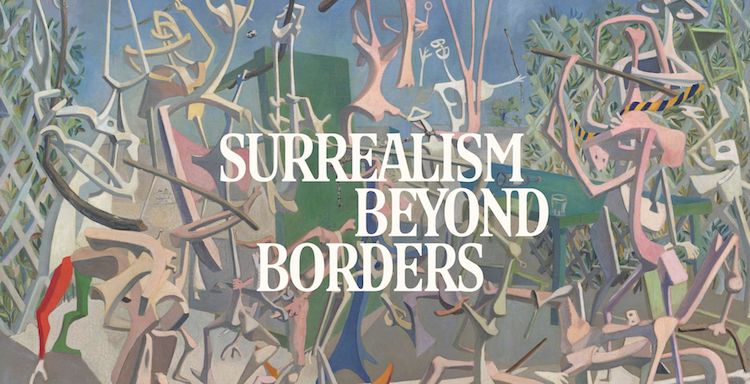 The Surrealism Beyond Borders exhibition, currently on show at the Metropolitan Museum of Art in New York, will transfer to London’s Tate Modern next year. Curated by Stephanie D’Alessandro and Matthew Gale, it’s the first exhibition to consider Surrealism from a global perspective. As the foreword to the exhibition catalogue explains, it “moves away from a Paris-centered viewpoint to shed light on Surrealism’s significance around the world from the 1920s until the late 1970s.”

The 400-page catalogue, published in October, includes essays on Surrealism in Egypt, Cuba, Japan, Mexico, Syria, China, Germany, Brazil, Turkey, the Philippines, and Thailand. (Apinan Poshyananda also covered Thai Surrealism in Modern Art in Thailand.) While not as definitive as Gérard Durozoi’s monumental History of the Surrealist Movement (Histoire du mouvement surréaliste), the Surrealism Beyond Borders catalogue is unique in its extensive international coverage of Surrealist art. (Maurice Nadeau wrote the first history of Surrealism in 1944, Histoire du surréalisme, though it was not translated into English until twenty years later, as The History of Surrealism.)

With its expansion of Surrealism’s geographical boundaries, Surrealism Beyond Borders follows in the footsteps of the Futurism and Futurisms (Futurismo e futurismi) and International Pop exhibitions and catalogues, which undertook similar internationalisations of Futurism and Pop Art, respectively. Earlier, Norma Broude’s book World Impressionism examined the worldwide impact of Impressionism, and Robert Rosenblum’s Cubism and Twentieth-Century Art considered Cubism from an American and pan-European perspective. (Incidentally, the first two editions of Rosenblum’s book, published by Abrams with tipped-in colour plates, are superior to the subsequent reprints.)
Categories: art, books
Dateline Bangkok