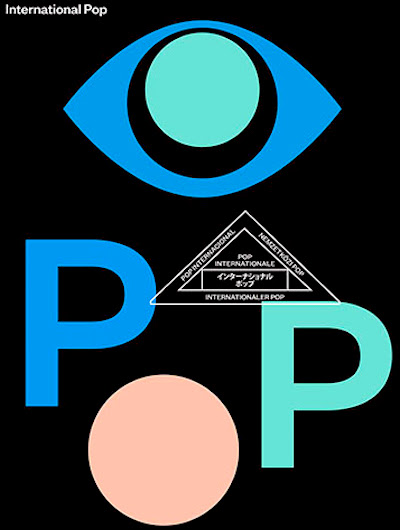 International Pop, the extensive catalogue for an exhibition held in the US this year and in 2016, is the first book to explore the influence of Pop Art around the globe. The exhibition "focuses on five key developments that unfolded over the course of about ten years worldwide: in Britain, the Independent Group and the New Scene; in Brazil, the New Consciousness; in Germany, Capitalist Realism; in Argentina, the Instituto Torcuato Di Tella and Pop-lunfardo; and in Japan, the Sogetsu Art Center and Tokyo Pop." The catalogue contains chapters on Britain (where Pop began), Italy, Hungary, Japan, Brazil, and Argentina, and begins with a detailed international chronology.

While the catalogue breaks new ground in its coverage of Asian and South American Pop, some more familiar works - notably Richard Hamilton's collage Just What Is It That Makes Today's Homes So Different, So Appealing? - are missing. Movements influenced by Pop, such as German Capitalist Realism and French Nouveau Realisme, are represented in the illustrations, though they don't have their own chapters. (Lucy Lippard's Pop Art, published in 1966, has more on American and European Pop.) International Pop was edited by Darsie Alexander and Bartholomew Ryan.
Categories: art, books
continued...