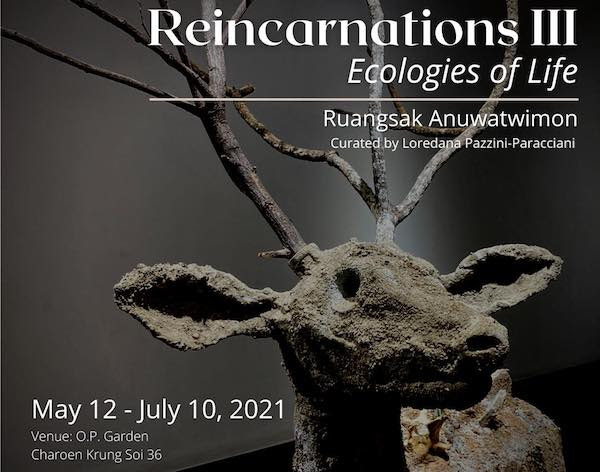 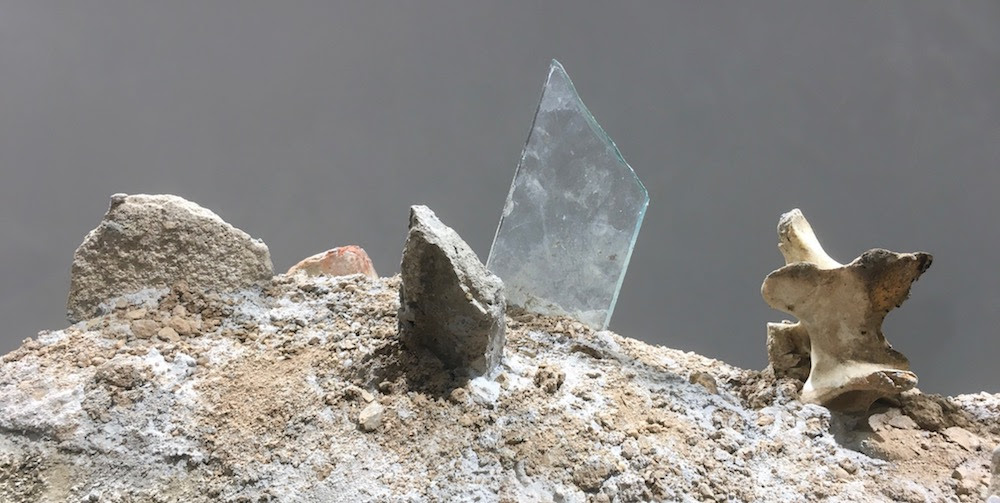 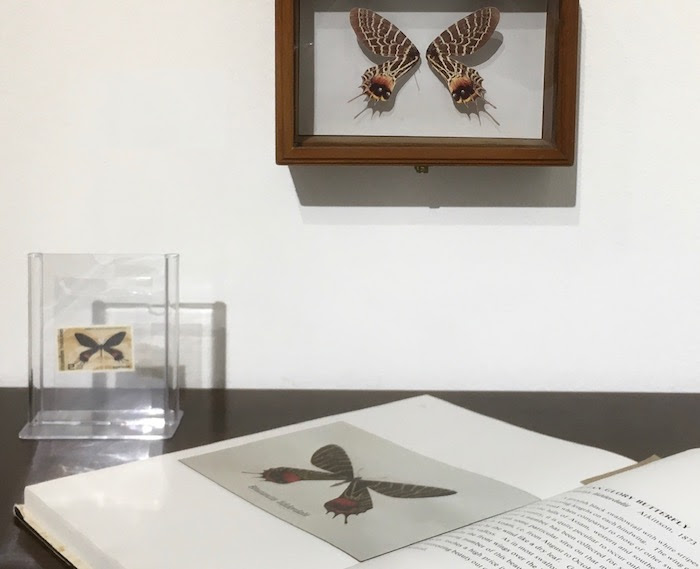 Ruangsak Anuwatwimon’s exhibition Reincarnations III: Ecologies of Life is part of his ongoing research into mankind’s detrimental impacts on plant and animal life. With Monstruous Phenomenon at 1Projects, he examined the genetic mutations caused by nuclear radiation in Japan, and Reincarnations III focuses on animals driven to extinction by hunting.

Two of these extinct creatures were native to Thailand: Schomburgk’s deer—a life-sized sculpture of which is the exhibition’s centrepiece—and a subspecies of the Bhutan glory butterfly. The exhibition includes a mounted butterfly specimen, alongside a drawing of it on a postage stamp and a description of it in a textbook. The effect is similar to Joseph Kosuth’s installations demonstrating the principles of semiotics.

Reincarnations III opened at Warin Lab Contemporary in Bangkok on 12th May, and runs until 10th July. Ruangsak’s sculpture Transformations was included in ห้องเรียนวาฬไทย (‘Thai whale classroom’) at HOF Art Space, and his similar Ash Heart Project installation was part of the Dialogues exhibition at BACC.
Tags: art
continued...