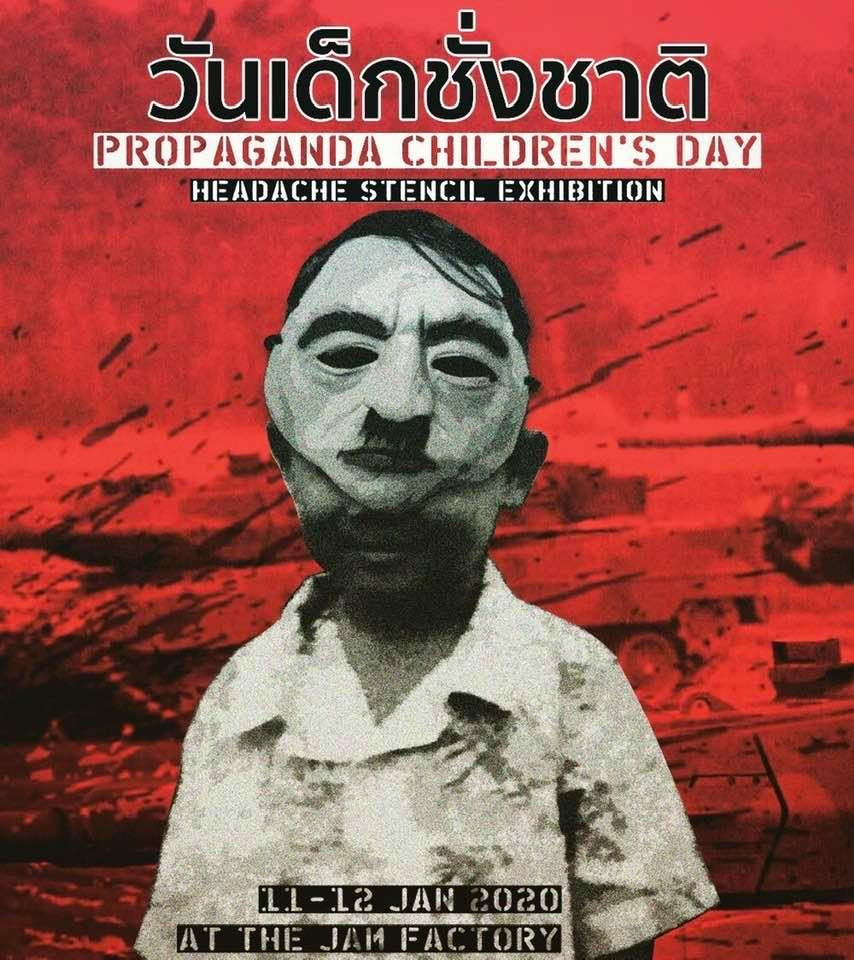 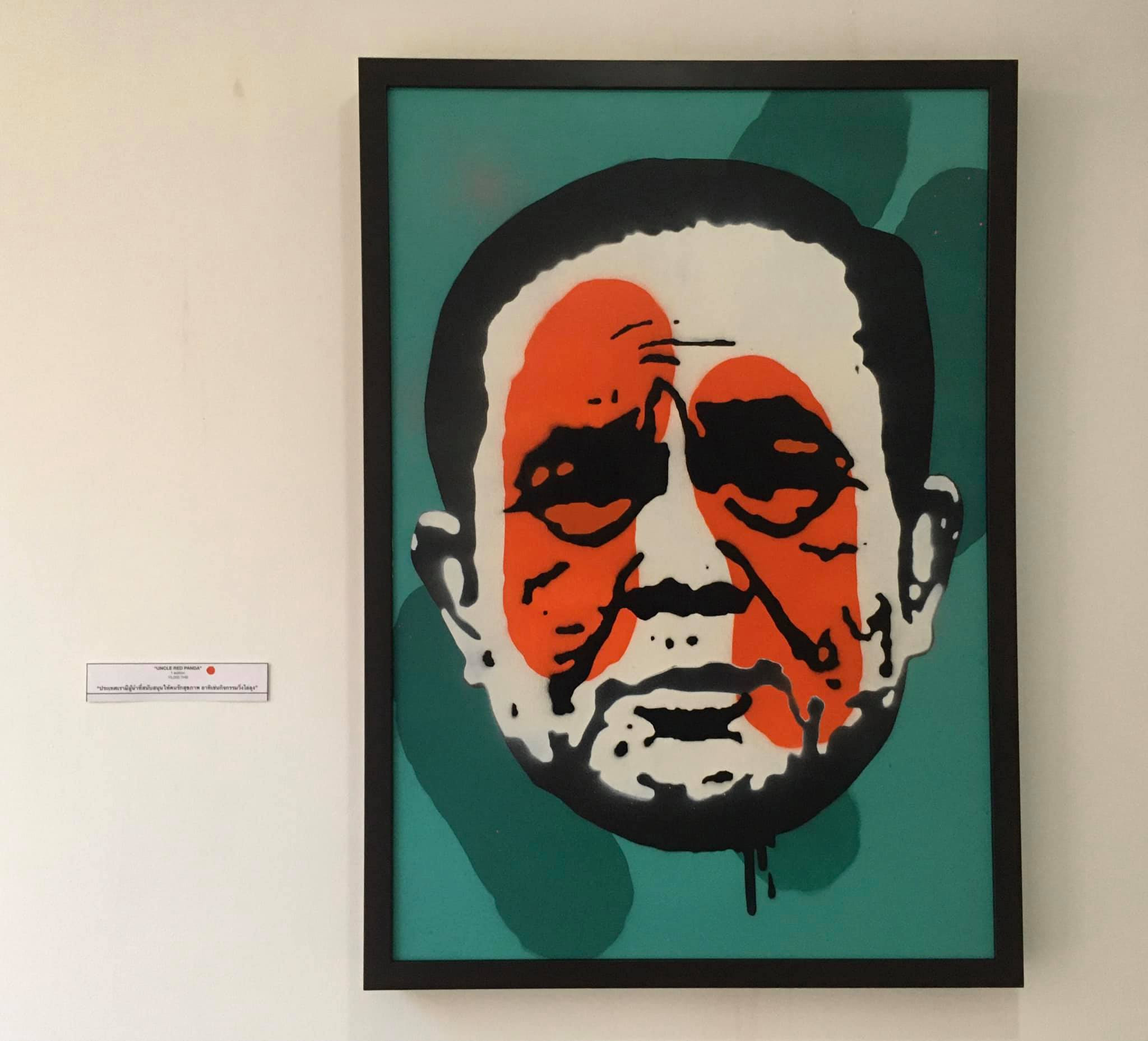 Yesterday was Children’s Day in Thailand. This annual event sees various institutions organise fun activities for children and families. One of those institutions, the military, allows toddlers to sit in tanks and pose with guns on Children’s Day, instilling positive feelings towards the armed forces from a very young age. To highlight the military’s disturbing grooming of kids, Headache Stencil held an alternative Children’s Day event this weekend at the Jam Factory in Bangkok.

His subversive Propaganda Children’s Day (วันเด็กชั่งชาติ), which took place yesterday and today, featured a life-sized tank decorated with anti-military graffiti. Inside the tank was a mini gallery with paintings such as Uncle Red Panda, depicting Prayut Chan-o-cha’s face with footprints over it (also available on t-shirts and stickers). Other paintings on display included The Sound of Elite, a collage featuring the background from Neal Ulevich’s famous photograph of the 6th October 1976 massacre and a publicity still from The Sound of Music.