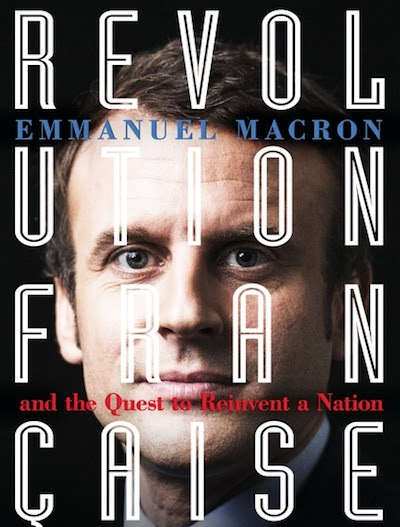 Emmanuel Macron was elected just over a year ago, becoming President of France aged only thirty-nine. With characteristic ostentation and self-confidence, he compared himself to Jupiter, the Roman king of the gods. In his first fortnight as President, he condemned Russian state propaganda at a Versailles press conference with Vladimir Putin, and greeted Donald Trump with a vice-like handshake. His domestic poll ratings have suffered following his reform of France's previously sacrosanct labour laws, though he has successfully maintained the downward trend in the unemployment rate that began in early 2017.

Sophie Pedder's Revolution française: Emmanuel Macron and the Quest to Reinvent a Nation covers Macron's election campaign, his first year in office, and "his ambition to remake France." Pedder acknowledges his contradictions, though she is broadly optimistic about his potential. Her book includes an interview with Macron at the Elyseé Palace.
Categories: books, politics
continued...