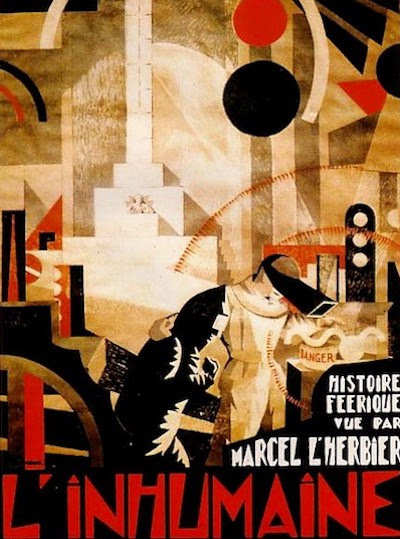 The silent classic L'Inhumaine will be shown at Alliance Française in Bangkok on 6th February. Marcel L'Herbier's film features rapid montage sequences (influenced by La Roue) and is also notable as an early work of science-fiction cinema (predating Metropolis). Most significantly, though, L'Inhumaine is a masterpiece of modernist production design, with Art Deco sets by Alberto Cavalcanti and Fernand Léger amongst others.

The restoration of L'Inhumaine, which includes its original colour tinting, is flawless. The film was restored by Lobster Films, who previously rediscovered the hand-coloured version of A Trip to the Moon (Le voyage dans la lune) and produced a stunning restoration of Man with a Movie Camera (Человек с кино-аппаратом).
Categories: films
continued...