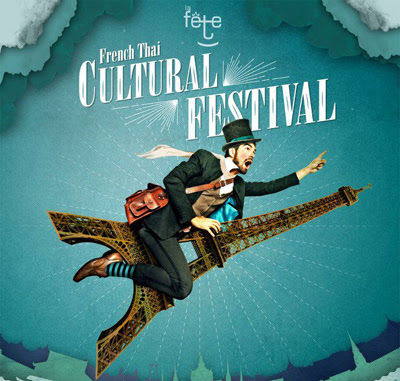 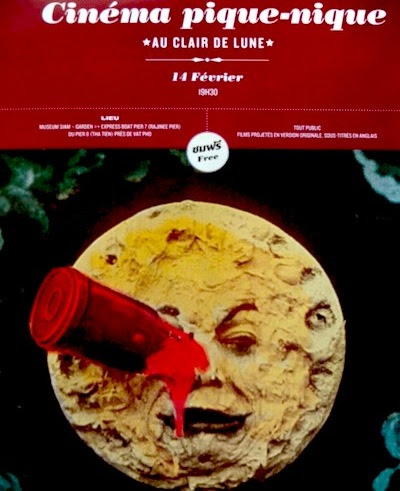 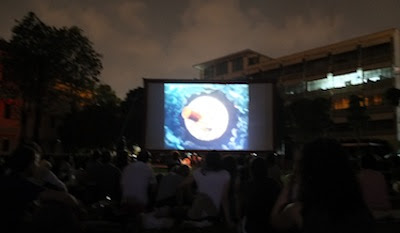 This year's La Fete arts festival runs from 2nd February until 29th March, at various venues around Bangkok including Alliance Francaise. A highlight of last year's festival, Museum Siam's Cinema Picnic By Moonlight, returned on Valentine's Day with a free outdoor screening of the Georges Melies classic A Trip To The Moon.

A Trip To The Moon, silent cinema's first masterpiece, was presented in 35mm, in a hand-coloured version miraculously restored last year. The film predates continuity editing and montage, so it resembles a series of staged tableaux, and it's undeniably quaint and Victorian by today's standards. However, it's still a magical film, a quantum leap ahead of the cinema of its time.

Melies (the subject of Martin Scorsese's latest film, Hugo) was a pioneer of cinematic production design and special effects, and invented various editing tricks, though A Trip To The Moon also introduced sustained narrative to cinema for the first time. If we credit the Lumiere brothers with the technology of cinema, Melies deserves credit for cinema as art.

Air's soundtrack to the restored A Trip To The Moon felt incongruous because it's too contemporary and avant-garde. (The film has been shown in Bangkok before, at the 5th World Film Festival, with live piano accompaniment and narration, though that was a DVD screening; last month's glorious 35mm projection was far superior, despite Air's odd music.)
Categories: art exhibitions, film screenings, Thailand
continued...