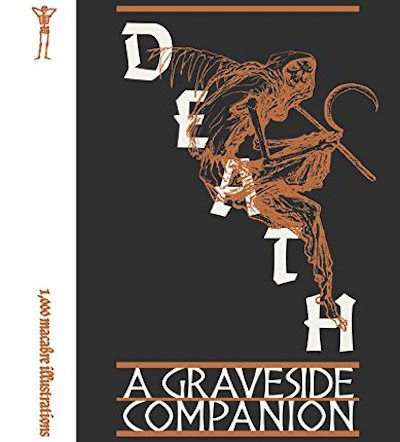 Death: A Graveside Companion (2017), edited by Joanna Ebenstein, is a collection of images and essays exploring artistic and cultural attitudes to death, from ritual venerations of the deceased to macabre illustrations of skeletons. Many of the 1,000 photographs are from the collection of Richard Harris, whose archive was also the basis of a Wellcome Collection exhibition on the same subject in 2012.

The book's extensive range of material is encapsulated in an illustrated "timeline of death" in the introduction. The bibliography is quite brief, and mostly limited to recent publications. There is inevitable overlap with two books by Paul Koudounaris, The Empire of Death and Memento Mori, also published by Thames & Hudson. The Book of Skulls, by Faye Dowling, includes more recent examples of memento mori imagery.
Categories: books
continued...