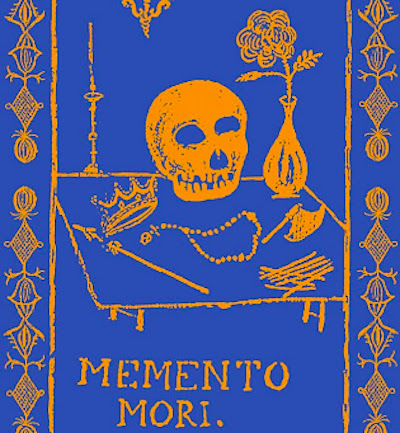 Paul Koudounaris, author of the excellent The Empire Of Death, has written another guide to the display and veneration of human skeletons. Memento Mori: The Dead Among Us is more global in its coverage, featuring examples of ornamental and ceremonial human remains from Europe, Asia, Africa, and South America. Less Gothic than its predecessor, Memento Mori is also exquisitely designed, with a blue satin cover and full-page colour illustrations (including a fold-out spanning four pages).

Memento Mori includes some of the ossuaries featured in Koudounaris's first book, though the photographs are previously unpublished and are even more dramatic than those in Empire Of Death. An overhead shot of the Lampa ossuary (Peru) is particularly striking. New material includes chapters on secular memorials and Bolivian 'natitas' skulls, and photographs of decorated 'kapala' skulls. An annotated introduction cites Georges Bataille, amongst others. (Restless Bones, by James Bentley, is a similar guide to human relics, focusing on those of saints and Biblical figures.)
Categories: books
continued...